An autonomous car, also known as driverless car, auto car, robotic car, or self-driving car, as the name suggests, is a vehicle that drives itself and has the capability of performing all the functions related to everyday parking, commuting and driving. It is a unique technology that will allow drivers to relax, while the car navigates its way to a specific destination.

Now, imagine this technology being adopted by Mercedes-Benz.It would definitely make an amazing combination, as the brand is already incredibly famous for its luxury, comfort, and reliability its cars offer and with the addition of autonomous technology, Mercedes cars would become even more luxurious, thus raising its popularity even more.

So, when does Mercedes plan on releasing its autonomous vehicle? Well, according to reports there hasn’t been any exact date mentioned by the brand. However, the company didintroduce a concept car known as the “Mercedes-Benz F015”, which was unveiled at the Consumer Electronic Show. The concept showed how Mercedes cars would look with autonomous technology.

However, the all-electric range stands at only 125 miles. Regardless, the car proved to be an extreme hit and gained a huge following at the show due to its two rear-mounted motors (294 ftlbs and 268 bhp), which allow the car to reach 62 mph in less than 7 seconds. Top speed is only 124 mph, but of course when in autonomous mode, passengers would not pay specific attention to performance.

The best part is thatMercedes-Benz leaves the option to drive the car yourself. This means that even if the autonomous car does go into production, it will be available in both modes. Therefore, if you want to drive, simply hit the button and the driver seat will spin around to face the front and a steering wheel will pop out from the dashboard and pedals from the floor, thus allowing you to drive normally.

If you think that’s cool, think again. Mercedes-Benz had also stated at the Consumer Electronic Show that its AMG division will also be adapting autonomous technology. Therefore, even the brand’s high-performance vehicles will have the option of autonomous driving or self-driving. Carpartkings.com

Next How To Choose Institutes For SAP Training Program

Everything You Need To Know About Polarized Sunglasses 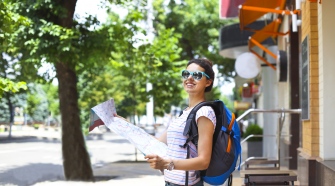