How To Stay In Good Health Throughout Your Life

Give Yourself a Good Scare

Her father served Central Freight Lines as a dock worker for 32 years. He was later diagnosed with a rare skin condition that led to his death from sepsis or systemic inflammatory response syndrome (SIRS) on his 78th birthday in August of 2011.

During the trial, Slaughter’s medical malpractice attorney told jurors that Hutchinson had been prescribed Bactrim by Dr. Burbidge. He claims that the antibiotic which is used to treat bacterial infections led to the onset of Stevens-Johnson syndrome, a rare skin disorder which causes fever, skin lesions, and painful rash that spreads and blisters.

Sepsis is just one of the complications that can be caused by the syndrome. On the other hand, Burbidge’s attorney claimed that Bactrim was only prescribed twice over a period of three years and were limited to 10-day courses. He claims that Hutchinson had a variety of conditions such as high blood pressure, diabetes, and prostate ailments, where nothing that the doctor prescribed had to do with his death.

Slaughter’s medical malpractice attorney had originally filed a lawsuit in March 2013 against Providence Health Alliance but released them as a defendant just a few days before the trial. Dr. Burbidge claims to have only received reports for treatment that Hutchinson underwent at Hillcrest Baptist Medical Center and Providence Health Center while he was his primary care physician.

Burbidge also dismissed a note presented by Slaughter’s medical malpractice attorney from a Hillcrest physician stating that Hutchinson was prescribed Bactrim for 10 days prior to being taken to the hospital by a family member. The doctor said that Hutchinson was last prescribed the antibiotic six months before he was first admitted to hospital. Burbidge claimed that Hutchinson wasn’t adept at reciting what medications he was taking. He also alleged that reports were faxed to his office by hospital officials, which were often read a month later.

When asked by Slaughter’s medical malpractice attorney about his failure to have any records corrected by hospital officials, Burbidge said his patient may have procured Bactrim from other sources such as an emergency care clinic. Hutchinson was transferred in March 2011 from Hillcrest to Parkland Memorial Hospital in Dallas after he was diagnosed with Stevens-Johnson syndrome. After his release from Parkland he lived in a nursing home in Waco until his death on August 15th, 2011. Dr. Burbidge treated Hutchinson between April of 2009 and January of 2011.

As a former US Army major, Dr. Burbidge served the 4th Infantry Division as a flight surgeon. The trial is expected to last through to the end of the week. Stevens-Johnson syndrome is a life threatening skin condition that is thought to be a hypersensitivity complex caused by certain medications and infections.

Previous Orthodontic Treatment Doesn't Have To Be Visible!

Buy The Best Range Of Mobile and Other Electronic Gadgets Online 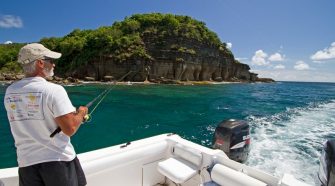