Sure it’s a serious profession, but working as a private investigator can be extremely rewarding and uniquely enjoyable. There can’t be many people that have seen these kinds of professionals in movies and on the TV who haven’t wondered what it might be like to make a living snooping into the business of others. Human beings are naturally curious…perhaps even nosey…so to get paid and perhaps paid very well by investigating what others are getting up to sounds almost too good to be true.

Of course as anyone just getting into the game will know, it’s not quite as easy as it all appears to be. Not even close, as along with having to spend a small fortune on equipment and general operating expenses, finding work and getting the job done right can be extremely difficult. For newcomers, it’s crucial to read into the tips, tricks and trade secrets of the country’s more established investigators to gain a few insights into what works, what doesn’t and what will only ever get you in trouble.

So with this in mind, what follows is a quick introduction to 7 of the most important tips of all for improving what you do as a professional and responsible PI:

First of all, there’s no such thing as going OTT when it comes to the preliminary intake sheets you put together. While some PIs will take the subject’s name, address and place of business only, others go way beyond to include everything from hobbies to marital status to any upcoming hospital appointments and more. The more info you have, the better you can do your job – it’s as simple as that.

The key to success when it comes to vehicle choice lies not in choosing something boring or elaborate, but rather a car that blends into the background and is entirely forgettable. Or in other words, choose a car of which there are already thousands on the streets in a generic colour and make sure there are no distinguishing features about it whatsoever.

If you plan to follow and record the movements of a person on any given day, a good tip is to head out the day before for a few casual drive-by viewings to get a good feel for both the area and how they behave. If, for example, they tend to be a rather erratic driver or are likely to be walking down routes that make it hard for you to follow them by car, it’s better to find this out ahead of time.

If you’ve planned to begin your day of surveillance at 6am, do yourself a favour and be there at 5am. The reason being that so many jobs simply fall about because the target’s plans changed somewhere along the lines, which then leaves you having to wait until the next day with a full day’s work going to waste. Always leave a ton more time than you need.

Of course it’s natural to shy away from a camera lens that costs several thousand pounds when there’s a cheaper one up for grabs that might get the job done. However, if you’re going to be taking photos of anybody doing anything and would rather not be seen, the further away you can be at the time, the better. Remember – the very second they see you taking even one picture they will know what you are up to and the whole case will be blown. And considering the fact that your current job will determine how easy it is to get your next one, any price is a small price to pay for success.

It’s not the nicest of subjects admittedly, but it’s also quite incredible how many cases are blown simply because the PI in question had to answer the call of nature at the worst possible moment. There are plenty of supplies you can buy these days to do all manner of unmentionable things without having to leave your post/car…so be prepared to use them!

Last but not least, be aware that any notes you make or pictures you take could be used later in court hearings or even trials. As such, anything you write or capture that’s not 100% relevant and factual could in fact harm the chances of your case being successful. Stick with the facts and NEVER cross the line into personal opinion.

Next Biggest Challenges Faced By Retailers

Why Your Auto Shop Should Own An Air Scrubber 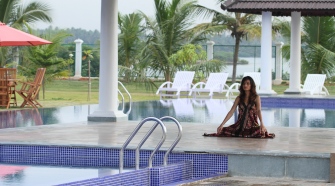 Why Is Pondicherry An Ideal Honeymoon Destination?