The latter half of 2014 is witnessing a switch from a seller’s to a buyer’s market in Britain as healthy supply returns, according to a recent property market report,

In total the number of new homes being put on the market has increased by 7.3 per cent year on year across the United Kingdom, whilst the volume of first time buyers coming to the market is down 2.8 per cent, according to the report from independent property agents Haart.

The report also highlights that there are on average 9.5 buyers in for every property listed across the UK, down from 14.4 in January of this year, and that this will have a positive effect in cooling the widely acknowledged overheated UK property market.

National property prices remain in good health, increasing by 8.1 per cent annually to £204,216, the largest average price over the last 24 months. Prices were only 0.1 per cent higher in July than they were a month earlier in June.

The nation’s capital, London, has seen even more pronounced growth with prices up by 18.6 per cent compared with 12 months earlier, although the growth has flatlined in July seeing an unimpressive rise of 0 per cent.

The switch to a buyers market appears to be much more pronounced in London as the number of new buyers is down by 15.7 per cent, although unexpectedly property supply has soared by a massive 32.3 per cent.

The monthly report also indicates that property sales are increasingly healthy, with a 9.8 per cent annual rise and a 7.7 per cent month on month increase.

“The second half of 2014 marks a shift in favour of buyers as healthy volumes of stock return to the market. Many homeowners are adopting a now or never attitude to take advantage of the continuing strength of the market having seen their equity rocket over the last year at a time when mortgage deals with decent loan to values are still available. Interest rates are to remain at historic lows until the start of 2015 at least and this is helping wider confidence,” stated Paul Smith, chief executive officer of Haart estate agents.

“At the start of this year demand for homes was growing at a far greater rate than property supply but this trend has flipped and stock is coming into the market in healthy levels, up 7 per cent annually, yet demand has fallen by almost 3 per cent in the same period. There are now around 10 buyers chasing every property for sale, down from 14 at the start of this year. So the market is still competitive, but buyers now have more choice,” he continued.

“As positive market sentiment continues this year, and people return from their summer sojourns, we fully expect to see a particularly busy autumn with a higher volume of sales transactions,” he went on to say.

Bradley Shore is an experienced property and investment author. He writes for a number of online websites and blogs such as Innovo property UK. He also writes freelance for himself and publishes on investor.academy.

Next How Mobile Technology Has Made Being An Entrepreneur Easier

Top Reasons To Have Professionals Clean Your Gutters 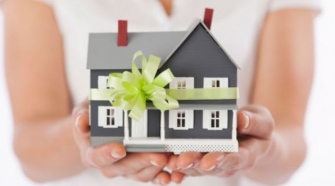