Many of us grew up and associated camping with the camps our parents made us attend in the summer. Those camps often involved sleeping in rustic cabins that might or might have had bathrooms. If you wanted to swim, your only option was the muddy local lake, and there was no real time to relax in-between all the mandatory pre-planned activities like arts and crafts. However, as an adult, you have a great deal more control over how to define camping. It can be as simple or extravagant as you want it to be. If you aren’t willing to forsake things like indoor plumbing and comfortable beds, explore options for glamping, which is a portmanteau of “glamorous” and “camping.”

Pay More to Get More

For some people, the appeal of a tent and a sleeping bag lies in how close you get with nature, but for other people, simple is better because it’s cheaper. If you’re going to go glamping, be prepared to shell out anywhere from a little to a great deal more for a luxurious experience. Are you willing to sleep in a tent, but only if you can have clean indoor bathrooms near your camping site? Will access to a simple shower stall be enough, or have you been looking at walk in tubs reviews and decided a large tub is the way to go? If you’re going camping with someone who has limited mobility, you may need more accomodating bathroom facilities than you would if you were traveling alone.

Talk to the other people in your party and try to make a list of top priorities. Do everything possible to keep the people in your group happy, because you’re going to be spending anywhere from a couple of days to a couple of weeks with them, and nothing ruins a camping trip quite like long-simmering resentment. If things get bad, you risk having to cut your camping short just because everyone is so sick of each other that they can’t focus on anything else besides that. Camping should be about getting away from your hectic everyday life and enjoying nature in a way that makes sense for you; it shouldn’t include arguments over the campfire. Something’s going wrong if you and your campmates are roasting each other instead of marshmallows.

Staying Connected (or Not)

We live in an era where we stay connected to both cell phone service and Internet service. According to one survey, about 80 percent of Americans now own a smartphone. Tablets like the iPad are less common, although more than half of Americans own one of those as well.

The mere mention of things like smartphone and social media brings out strong opinions in most people. Before you go camping, remember that it’s not your job to change any of your fellow campers’ minds about how dependent they should or shouldn’t be on their smartphones and/or tablets. There are some people who will want to put down their phone for everything except occasional calls to family members, and there are other people who push for a campground with wireless Internet access. Chances are, anyone who is willing to go camping is ready to disconnect a little from the digital world. Otherwise, they’d stay in town close to a dependable Internet connection. Whether you’re looking at Cairns camping sites in Australia or a national park in the United States, make sure to do some research on cell phone service and Internet options. Even if the answer to both is “There isn’t any,” then at least you and the rest of your camping party will know what you’re getting into. That may mean you need to plan a couple of trips to the nearest coffee shop to check your email, or it may mean you the entire group decides to go without for a few days.

Previous Let’s Come and Know About Airtel DTH In Detail!!!

Next 4 Ideas For Holiday Parties

How To Select An SEO Company For Your Online Venture? 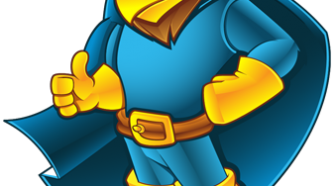