Best Donuts To Enjoy In Florida

The Federal Emergency Management Agency (FEMA) has been widely criticized over the years for their less-than-stellar responses to crisis situations.  Most notable was their response to Hurricane Katrina in 2005, which left many questioning FEMA’s preparedness for a natural disaster.  During this time, FEMA faced intense scrutiny for failing to respond as soon as they should have and turning away resources, such as Amtrak trains, that could have helped moved Katrina victims to safety.

Since then, FEMA has implemented several tactics to ensure better responses when natural disasters occur.  These include:

In early 2016, FEMA launched an app with the intended purpose of notifying the public of any weather alerts and safety warnings.  The app also offers tips on how to prepare for a disaster, as well as a feature that allows users to upload and share disaster photos in order to help first responders.

Since Hurricane Katrina, FEMA has implemented a new system called FEMAStat, which allows them to monitor outcomes and provides crucial feedback for planning.  FEMA has also gotten rid of specific programs that aren’t cost-effective, thus making room for programs that could use more support.

Teaming Up with IT Experts

FEMA teamed up with expert systems company REI Systems to help modernize their IT division and enhance their ability to quickly field IT services supporting FEMA’s emergency response efforts, finances, and other aspects of their mission.  Some of the services include software configuration, applications and network operations support, and technology refresh for FEMA network assets.

In 2005, social networks like Snapchat and Twitter didn’t exist, and Facebook was exclusive to Harvard students.  Now, there are more social media platforms than ever before, and Snapchat in particular has proven to be exceptionally helpful during natural disasters such as Hurricane Harvey.  First responders were able to use the app’s Map feature to locate areas where many people were using the app, thus being able to gauge which areas needed emergency assistance.

In 2010, FEMA introduced the Office of Disability Integration and Coordination, in an effort to place greater focus on the needs of those with disabilities and other functional challenges to ensure these individuals receive proper attention in a state of emergency.  FEMA has built a team of 70 disability integration experts, including 25 sign language interpreters and 5 certified deaf interpreters, and also provides proper transportation to shelters during evacuations.

Though some still remain critical of FEMA, it is clear that the agency has significantly improved their efforts since Hurricane Katrina.  During this year’s devastating Hurricane Harvey, employees at the FEMA headquarters kicked it into high gear, working on everything from tracking the storm to updating the public via FEMA’s social media platforms.  While only time will tell if FEMA’s new and improved measures will stick, I think it’s important to acknowledge that FEMA seems a lot more self-aware in recent years.

Next How Investing In Technology Can Pay You In Long Run?

Excellent Method Of Evaluation Of Products and Services

Exciting Sightseeing Spots Of Goa For This Vacation 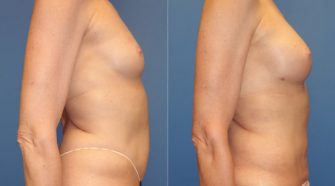