Technology For Your Business Needs

A Few Beneficial Ways An Elder Care Attorney Can Help You

Reach The Beach: 8 Wonderful Spots To Relax On Sicily

Cancer that starts in parts of liver is called as Liver cancer. Cancer, affecting the liver cells, resulting in uncontrolled cell division and growth of the cells in the liver, is clinically termed as liver cancer.

Liver is the largest internal organ in a human body. Liver is a vital human organ and it is impossible to live without the functions of liver.

The liver is largely made of special liver cells, known as hepatocytes. Liver is also having other cells, those form the lining of the blood vessels, those are supplying blood to the liver. There are specialised cells those provide lining to the bile ducts, inside the liver. These bile ducts are the supply lines of bile from the liver to gall bladder or directly to the intestine.

It is very difficult to diagnose liver cancer at an early stage, simply based on symptoms. Liver cancer cannot be diagnosed symptomatically, until it reaches an advanced stage.

Cancer in the liver can initiate Jaundice, severe pain in the abdomen, sudden loss of weight, enlarged liver, nausea and vomiting, severe fatigue with itching any anywhere in the body and fever of unknown aetiology.

Stage One- The malignant tumour is restricted to liver only.

Stage Two- The malignancy is in form of several small tumour, restricted within the liver.

Stage Three- This malignancy is in the form of many large tumours, reaching the main hepatic blood vessel, or affecting the gall bladder.

Stage Four- The cancer, originating from liver, spreads to many organs, in the body.

Other than these therapies, Ablative therapy is given, by directly injecting alcohol inside the tumours. Radiation therapy, which directs radiation at the tumours, has also been found effective in treating liver cancer. Chemotherapy injects chemical agents directly inside the cancerous growth, to kill cancerous cells.

Cause of Liver Cancer

The reason of liver cancer is yet to be known by medical scientists. But, it is found that Hepatitis C leads its patients to liver cancer. Patients suffering from Hepatitis B also has very high risk of becoming a patient of Liver cancer. The genetically inherited diseases, such as Hemochromatosis, can also cause cirrhosis of liver and thus, greatly increase the risk of developing liver cancer. Type 2 Diabetes, alcoholism, low body immunity, body overweight and family history can also be major causes of liver cancer.

Liver cancer is fatal at stage four. This issue of liver cancer must be dealt at an early stage of the malady.

Next Cyber Security Influencers For 2018

Where To Get Your Car Oiled and Lubricated

Enjoy The Perks Of Getting Married In A Luxury Yacht 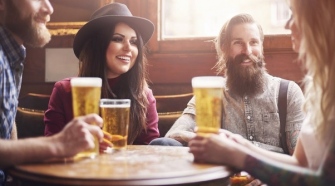