Where To Study Acupuncture In Canada?

Could Integrated Social Media Campaigns Be The Future For Business Marketing?

How To Protect Your Business from Cyber Attacks

Pastor Chris Oyakhilome is the President of Christ Embassy and the Believers’ LoveWorld Inc. (BLW). Being a man of God, he spreads the gospel of Jesus Christ as a dynamic global spirit-filled spiritual leader. Pastor Chris teaches and heals with a passion for opening all people to the divine life found in Jesus Christ through God’s word. He has done so through his personal crusades for healing worldwide, through his writing and his Christian Satellite Network. Millions of people’s lives have been transformed via his television ministry and special events.

Pastor Chris led millions on a spiritual journey at the LoveWorld Convocation Arena in Birmingham, the United Kingdom on New Year’s Eve, 2017. The arena was packed while others were able to attend around the world through numerous viewing centers. The ecstatic crowd was eager to hear the word of God as the evening began with a song, “So we lift up our hand to praise your name.” Pastor Chris made a glorious entrance to his exuberant crowd, with praise and glory to God. The excitement was exhilarating, and it took some time for people to settle down and be seated during this important, holy event.

As a leader in the ministry of spreading God’s word, the Revenant, Dr. Chris Oyakhilome helped billions on their spiritual journey through the impact made by Believers’ LoveWorld Inc. (BLW) network, the Healing School, and touching lives of children through the Inner-City Mission. The International School of Ministry (ISM) trains thousands of ministers. What a glorious year it has been and the year-end holy event that radiated with glory on all people in attendance, both in person, on computers, television or any other electronic device.

Pastor Chris emanates glory and spirituality as so many feel the connection between him and the Lord. It is incredible and exhilarating how so many people can gather in one place to hear the word of God, giving so many the hope to be saved and healed from their iniquities. What a beautiful way to feel the presence of the Lord but through his Word, song, and fellowship led by Pastor Chris.

Part of this unique event was the Future African Leaders Awards (FALA), giving honor to young local leaders committed to making changes within their own communities. The star prize winner of the year was Naomi Ekpoki Aliyu who felt overwhelmed by this extraordinary exalted award but also the presence of God through Pastor Chris. She and all other winners fell to their knees in reverence and excitement from the grace of Jesus Christ existing in their reverent leader.

Both Martin PK and Sinach raised their voices in beautiful song, singing praises to God and being thankful to the Lord with grateful hearts. Martin PK’s Gospel song “Beautiful Jesus” touched everyone from within their souls. As Sinach raised her voice in beautiful music, she got into the hearts of many as they shared their bliss and gratefulness by coming on stage to join her and the Pastor. There was such a sense of warmth and excitement throughout the entire arena and across every network. Great power comes from a glorious song and the word of God through the witness and ministry of Pastor Chris.

The remarkable evening that brought 2017 to a mystical close culminated with Dr. Chris Oyakhilome thanking the Lord for his greatness in front of all his witnesses, both present and at viewing stations across the world. He shouted out a prayer of thankfulness to Our Father in the name of the Lord Jesus Christ. With an exclamation of Hallelujah, Pastor Chris prayed for hope in the coming year, 2018, encouraging everyone to search within and make changes for a better, more spiritual new year. He urged all to go On KingsChat to list family members that need prayer. It was a glorious night to remember through the uplifting presence of Pastor Chris in the name of God.

Previous What's The Difference Between SEO And PPC?

Next Why Have A Base In The Cotswolds?

Gift Yourself A Promotion This New Year In These 5 Steps 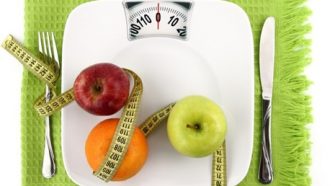