Tips On How To Organize A Parade

Eating Out At The Golden Temple Of Amritsar

For centuries, society has expected men to be tough, strong, and proud.  As with anyone, our culture puts insane expectations and pressures put on men today.  They can’t show any weakness or vulnerability. However, times change. Men cannot dominate conversations and relationships anymore.  As we develop a more inclusive and accepting society, gender roles will continue to shift.

Gender roles exist with great prominence in our society, especially in our dating culture.  The psychology of how men fall in love versus the way women do differ on a vast scale.  Men often prioritize their interest levels. They want constant entertainment, whereas women want to dig in to emotional depths and discussions.  Because of this, you may see men get bored in relationships more quickly than women.

Throughout history, men take the stronger role in the relationship.  They ask women out, they support the family, they protect everyone, and they lead.  However, things are changing.  We have an uprising generation of strong, powerful women, and men now get to take a bit of a break.  This increases the gentleness and kindness in men overall. Where there were crazy expectations to stay strong and never show weakness, men can now open up and talk about their emotions.  It is no longer taboo to be seen as smaller or less than women, because we are all on an equal playing field now. Research has proved that men are naturally more solution-based while women want to focus on feelings, but there is opportunity to merge both responses together.

We have also seen an increase in equality within the job market, but we still have a long way to go.  While we are not yet equal in every field, our society is breaking down barriers of what is considered masculine or feminine professions.  Now men can take on travel nursing jobs while the women are the surgeons.  Or women work in construction and men can become fashion or hair designers.  Overall, society is adjusting to the fact that anyone can succeed in any position.  Even though this is the case, we still remain in a country where only 5% of CEOs are women while management roles are virtually split between the sexes.  Essentially, women are stopping on their way to the top, but men are allowed to grow to their full potential.

The best way to help aid women in their acceleration within the business world, is to respect the women you work with.  Nothing demeans a female coworker more than explaining something to them in dumbed down terms or assuming they can’t take on a certain task because of their gender.  To be a real gentleman, it is your responsibility to help lift your coworkers up and help them rise to their full potential.

The gender divide fades into every aspect of our lives, and from a young age.  Think about your childhood toy shop with the rows of action figures and heros for the boys and the princesses and baby dolls for the little girls.  What kind of message does this send to our future generations? That men should always be there to rescue the defenseless women. Obviously, kids should be able to play with whatever toys they want, but how can we break these young gender stereotypes so they really do have a free decision?  Some stores have done away with the separation of toys for boys and girls.

Barriers are being broken down day by day, but there is still work to be done.  A woman was just a nominee for president from a major political party, but there were also thousands of women last year who have been sexually harassed and assaulted an no one believed their stories.  With every step forward, we realize that there is more room to grow. And the men in the world must be counted on with helping us to achieve true equality.

Previous Would You Smoke The Point You Become Pregnant

Next Making Your Life Better

What To Look For In A Locksmith

Remedies To Get Rid Of Extra Fat In The Body

Is the Person You Are Dating Trouble? 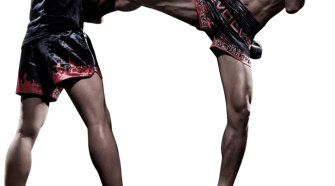