What You Need To Know About Muay Thai In Thailand

In days gone by, the common citizen would have been hard pressed to find art, other than religious art displayed in the church, in his or her life. Culture was reserved for those who could afford it; the people who had money could enhance their lives with art. That’s not true today. Art is everywhere these days; you just need to know where to look for it.

According to the artist listing at Park West Gallery, “Agam is also renowned for his public sculpture.” For the World Games in Kaohsiung, Taiwan, in 2009, he created a giant sculpture. His “Peaceful Communication with the World” is nine optical pillars containing more than 180 shades. Agam’s giant Hanukkah Menorah at the intersection of Fifth Avenue and 59th Street in New York City is over thirty-two feet tall and weighs more than two tons. The Guinness Book of World Records recognizes it as the world’s largest menorah; it is actually lit every Hanukkah and burns real oil. Other cities that host his public art include Strasbourg, Chicago and Paris.

At the center of AT&T Plaza in Millennium Park, Chicago, Illinois, stands a giant sculpture  created by Anish Kapoor and inspired by liquid mercury. The “Cloud Gate” is made of highly polished stainless steel, and it’s mirror finish reflects the city’s skyline. Kapoor also created the “ArcelorMittal Orbit” which is a 376 foot tall sculpture and observation tower. He created it for the Queen Elizabeth Olympic Park in Stratford, London for the hosting of the 2012 Summer Olympic and Paralympic Games. His art has been displayed in parks in New York City, Paris, London and Middlehaven.

Bill FitzGibbons has received over thirty public art commissions in five countries. His specialty is to combine colored lights with pre-existing structures to create art. He’s  created such art for the Robert B. Green University Health System Clinic, Downtown San Antonio, Texas. He also created “Chinook Lights” for Seattle, Washington. The “Knoxville Colorline” was installed in Tennessee. “Poem of Light was installed on the City Hall of Reykjavik, Iceland. “Epiphany of Five Rivers” is located on the banks of the Rio Grande in San Ygnacio, Texas. To commemorate the millenium of the Viking visits, “Olaf” was installed in Hampshire County, England. “Homage to Balder” was created to celebrate Swedish mythology and installed in Stockholm.

As art develops within our culture, it can be viewed by all. It’s no longer stuck in a stodgy museum or housed in the private homes of the ultra wealthy. Artists have bettered our world by decorating our street corners, parks, municipal buildings and city centers with their creations.

Next Knowing The Benefits Of Utilizing Warehouse Documents Editor 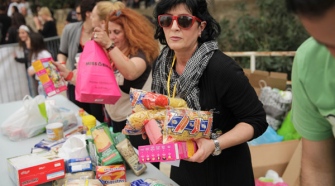