How To Create A Custom Object In Salesforce

5 Questions You Need To Ask Your Lawyer During A Consultation

5 Incredible Facts: What Does Your Handwriting Say About You

It’s a tear-jerking story, really. Although the most popular guy in town, he was really feeling the pressure from its competition. Our character sat down and thought long and hard about what he needed to do to stay on top; he decided to hit the gym, shed off those hundreds of pounds of extra weight that was keeping him down, and come back with a whole new body, and maintained the same great personality he had before.

No, we’re not talking about Tom, the chubby yet well-loved guy from your high school graduating class. We’re referring to the new and improved F-150, now 700 pounds lighter.

At the beginning of 2014, Ford announced that its beloved truck (true to point, it’s the highest-selling car in America) would be shedding some major weight, without sacrificing all the qualities that the owners love about the vehicle. Although it sounds like a step that would take a long time to implement, this idea has taken more than a year and a half to come to fruition. The decision on how exactly to reach this end goes back all the way to 2010. Basically, this new and improved vehicle has had some major thought put into it — and in this case, a lot of initial thought means a lot of final greatness.

At this point, you’re probably dying to know how Ford pulled off such a drastic weight loss. Truth be told, engineers and researchers knew that they would have to drop more than a few hundred pounds to really impress their consumers, so with this in mind they wracked their brains for what would be a million-dollar idea. What did they come up with? Aluminum.

“So what’s so great about aluminum?” you may be asking, “That’s not really anything new.” No, using aluminum to make vehicles lighter isn’t necessarily groundbreaking stuff. However, military-grade aluminum is what’s really being implemented here, and that’s an entirely different story.

And this high-quality, heavy-duty aluminum body isn’t the only change that contributed to the lighter vehicle. Altogether, the frame was switched to higher strength steel, while the body and bed are made with military-grade strength aluminum that’s heat-toughened for maximum strength.

What’s more, this drastic weight loss isn’t the only thing consumers can expect to see in the new Ford. Other new features include things like single-bulb LED headlights, LED lights under the bed rails, remote lowering capabilities on the tailgate, parking assistance, and a 360-degree camera, just to name a few items. At this point, even though it’s yet to be on the market, any Ford lover (or just any car lover in general, really) has reason to believe that the 2015 model will be one for the books.

Writen by Chad VanNess of Fulton Ford, a Ford Dealership in Fulton, MO. Fulton Ford is a short drive outside of Columbia, MO, and serves the Fulton, Columbia and Jefferson City areas. They have the latest line of Ford trucks and cars for sale, as well as a great selection of used cars and trucks.

Previous How To Manage Money As A Couple

Next Why local SEO services are important for your website

How Invoice Discounting Can Help Your Business

How To Learn Financially To Educate Children?

Green and Spacious Parks Of Alicante 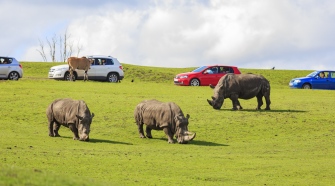