Best Investment Options In 2016 For Beginners

How To Treat Back Pain At Home

Director Disqualified Rules Are In Place For Many Reasons

How To Hire Containers That Optimize Your Need And Convenience?

Choosing A Real Estate Loan For Your Needs

Sleek Design and Light Weight – Apple launched this product with a specialty of its unique design and sleek look. And the company still uses this feature to promote new MacBook Air versions. It is rumoured that this time Apple is working to shift the weight of MacBook Air less than 1 KG. For this it is inserting new light weight heavy processing processor too. Till now MacBook Air comes with the minimum weight of 1.08 KG. So it is expected that Apple will further improve this device in the next version of 2015.

Apart from this you will see no big change in design. Two ports will be given on the left hand side for speaker and mic. And two ports (one on each side) will be provided for USB 3.0. It is also rumoured that Apple will also upgrade its inbuilt speakers for better sound quality.

Retina Display – This was the main factor of disappointment at the launch of Apple MacBook Air 2014. It is almost confirmed that this Apple will insert a retina display on their MacBook Air 2015. This will give a new look to the device and it will also enhance video quality while watching movies.

Apple didn’t insert the retina display in 2014 due to the battery problem. It was rumoured that after placing the retina display, battery life of MacBook Air reduced dramatically. That’s why Apple made the decision to leave this feature. But this time Apple will make a sufficient balance by which there will be no effect on battery life of MacBook Air.

Previous Why Training Is So Important For Operators Of Powerful Machines?

Next The Importance Of Storyboarding 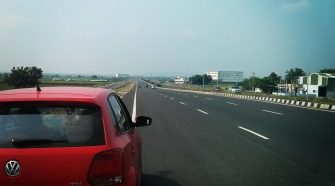 Explore Vibrant Gujarat with a Self-drive Car in Ahmedabad