Highly Expected Future Mega-Trends Of The Internet Of Things

Loss Your Weight and Gain The Structured Physique

Manga is also produced in a different way. Manga comics are produced mostly in black and white format, while many American comics are produced full colors. When we look at the physical books, we could see that manga books are smaller than American comics with their magazine-like shape. Manga books are typically seen as more pocketable and can be easily carried by people who are travelling.

These digest-size comics books are perfect companion for travellers who want to read during their more relaxed times. Many American comics can have less than 64 pages, while many manga comics books could have hundreds of pages.

Manga comics books writers could produce single unified storyline that we can read more easily. However, the entire story could be consisted of multiple manga books and the complete storyline may run thousands of pages. This makes reading manga feels like reading typical novels, but with so many pictures in them.

Mainstream American comics are produced with assembly line system, where there are many different people who work to produce a single page of full-color comics. They may include:

On the other hand, manga books are created like personal artworks as the creator perform all tasks, except coloring. Also, people who read manga books tend to turn pages faster because the storyline may move at quicker pace. So despite the high page count, it is possible to read the entire manga book in a relatively short time. Compared to American comics, Manga books usually have less complex dialog and fewer panels.

On average, manga books could be more expensive than standard magazine-sized comics, due to larger amount of work that needs to be performed by the creator. Despite lacking color, manga books are particularly interesting due to the unique way of creators tell the entire story.

Next Things We Should Know About Vintage Comics

The All New Xperia Z5 To Come! 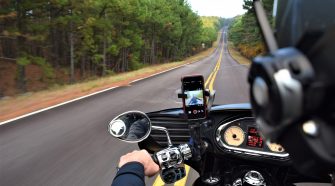