11 Best Tips How To Choose The Right Sunglasses In 2018

Why Bangalore Roots for Rentals?

The furniture in a place can do a lot to set the tone. That’s true at home and at work. Think about your living room with a ratty old couch that you’ve had since college. Then think of it with a shiny new leather couch. The whole mood feels different, doesn’t it?

Many workplaces try so hard to make the budget work that they forget about making sure the office is a decent enough place to work. Ergonomics, or the study of how efficient people are in their working environment, says that employees need to have a safe, comfortable workplace to be able to function properly. If you’re making your employees sit in office chairs that would be deemed unsuitable for inmates at a state prison, then you can’t be too surprised if productivity isn’t quite where you want it to be.

Replacing office furniture doesn’t have to break the bank. Look for companies that specialize in providing office furniture to businesses looking for an upgrade. In some cases, you can get showroom furniture at a great price. Gently used workstations are also an option if you need to add or replace some cubicles. You don’t have to spend the entire budget on upgrading the office. It will mean a lot to employees if you let them know that you hear them, and that you agree that some of the furniture just isn’t getting the job done anymore. Don’t promise them new luxury furniture, but do make an effort to do something.

The fact is, employees often struggle with the sense that no one really cares about them, and that they’re just another cog in the corporate machine. Who cares if their desk is falling apart, or if the light above their workstation flickers off and on so often that the rest of the office keeps joking that it’s haunted? The environment where people work can really do a lot for office morale, for better or for worse. If you make people work in a building that’s constantly on the verge of being condemned, then it’s going to be hard to retain talent. It’s also going to be hard to attract talent, especially if you’re looking at candidates who are likely to get multiple companies competing for their services.

Speaking of lights, make sure that you aren’t neglecting that aspect of the office either. Many offices stick with the unflattering fluorescent lighting that has been the norm for decades, but others are branching out. There are new and innovative light fixtures that may be a better fit for your office. There’s often a middle ground between the bright fluorescent lighting that makes people feel like they’re in a warehouse and a single light bulb that makes people feel like they’re in a police interrogation room.

Now is also a good time to look at the appliances in the break room. Has the coffee maker been around since the company was founded? Then it’s time to look into getting a modern single cup brewer. It seems small, but people will really appreciate the ability to pick their own flavor coffee, then make a cup of it almost instantly. There are many services that provide single cup office coffee machines. No more of the same old breakfast roast for everyone. A properly caffeinated workplace is bound to be both more efficient and more enjoyable.

Previous Aftermarket vs Genuine Car Parts - Which Ones Should You Opt For?

What You Need To Know About House Construction

TOP Places To Eat Healthy and Tasty Food In Portugal 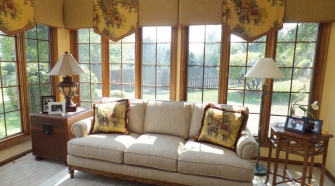