Know About Applications That Act As Real-Time Translator

It was 2G one day, but it gradually came to 4G now passing in between with 3G, but all these 3 internet service providers have one common thing in same its internet data Upload and Download. But what is the major difference can be seen between 2G, 3G and 4G.

Surprisingly, there was 1G network too, it was the first generation of providing the internet, and the major disadvantage of the particular network has less availability of internet data and data transmission, which was not even enough for sending messages, too slow browsing,  but this network was only in few  countries within the area.

It is powered by branded digital networks, which provides 2G network direct to specified network plans, this network improved better than before, keeping in mind that the disadvantage of the 1st generation network, 2G has basic features in sending voice messages, sending mails and also with limited specified data transmission. Different networks send different speeds to specified network plans that you choose.

Considering that you are using a network name called ABC, if the users choose the internet plans, there is an option called 2G, 3G or 4G, the higher speed you choose, the higher you must pay to the particular plan.  Well, you might be having a question that, does the internet speed vary with normal phones, Smartphone’s, PC and so on.

NO!  The speed is constant with all 2G, 3G, and 4G in mobile phones, Smartphone, etc., but  it depends on how smart and speed if your phone to access internet.

3G is the 3rd generation in providing internet, it allows speeds up to 350KBPS to 2MBPS data transmission, which is easy to take Video Calls, Internet voice Calls without any network error. People who work with Tabs and Smartphone’s with big data upload or download this will be the great option for them.  It handles simple and smooth internet browsing and also no buffer play in enjoying the videos in your TAB, Smartphone’s, and PC and so on.

This might be less expense than comparing to 2G network, but has major difference it when comparing with the before generations 1G or 2G.

This 4th generation of data transmission is today’s popular network, they are supposed to provide more extra features combine with all 3G features included in it. It is said that it is going to be in the range of 100MBPS to 1GBPS. Maybe your 4G Device can be Wi-Fi Hotspot internet provider or unlimited large size videos uploaded in just few seconds.

This brings advanced features like video conference 10 or more people at a time, networking, Smile is talking, partying and so on.

Previous How To Know That Criminal Lawyers Can Handle Your Case? 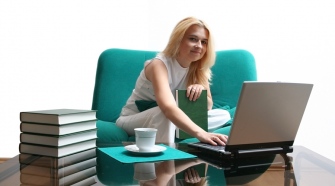