5 Things You Must Know Before Buying A Bottle Cutter

How Do Penny Auction Sites Work?

For the past eight years, a first-round defeat for Alex Bogdanovic at Wimbledon has been as much a part of the summer season as Royal Ascot or Henley, yet when the All England Club announced their first batch of wild cards for this summers Championships, the highest ranked Briton after Andy Murray was not on the list. Bogdanovic, who is ranked 166 in the world, has had eight wild cards in the past, and every time he has been unable to make the second round. The only other man to have registered eight defeats from eight appearances at the grass-court slam is Patricio Cornejo, a Chilean who played in the 1960s and 1970s.Five of the eight wild cards for the main draw of the men´s tournament were announced on Monday. Jamie Baker, the British No 3, has been given one, as have Russians Teimuraz Gabashvili and Andrey Kuznetsov, Nicholas Kiefer, of Germany, and Japan´s Kei Nishikori. If Bogdanovic does not receive one of the remaining three, he will have to enter the qualifying competition if he is to make a ninth attempt at winning at Wimbledon. If Bogdanovic was also feeling a bit unloved at Queen´s, you could hardly blame him, as he did not receive a wild card into the pre-Wimbledon AEGON Championships.

To make the main draw, Bogdanovic had come through three rounds of the qualifying competition. His opponent, Grigor Dimitrov, meanwhile, was given a wild card. By taking the first set 6-4 against the Bulgarian teenager and a former junior Wimbledon champion, Bogdanovic had already performed better than the two British players who had been given a wild card at Queen´s, as Baker lost 6-1, 6-4 to Uzbekistan´s Denis Istomin and James Ward was beaten 6-3, 7-5 by Robby Ginepri, of the United States. Rain forced the suspension of play with the scores 6-4, 3-6 and with British No 2 Bogdanovic 2-1 ahead in the third set which had gone with service. If he loses that third set against Dimitrov, Murray will be the only British player left in the singles tournament.

Why Travel With Muay Thai Training In Phuket and Thailand In Soon? 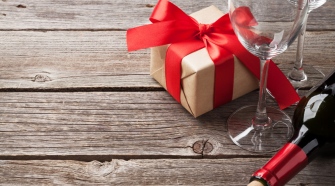