Vacation in a New Generation: 5 Ways to Accommodate Your Elderly Parents on an Overseas Trip

How To Write An Effective Credit Dispute Letter? Here Are Some Excellent Tips!

Sensitivity to gluten is in the news a lot these days, in part because there are new developments every day into why people develop this ailment. Gluten is a protein that is found in grains such as rye, wheat, and barley. For some people, eating foods such as these causes extreme stomach distress but fortunately the cure is simple: just stop eating foods with gluten in them. People with this condition do not have an allergy or intolerance but an actual autoimmune condition that can have a life-changing effect on the bowels if a strict diet isn’t followed. If you have this condition, this is why it is so important to follow these rules for the rest of your life.

More Common Than Most People Realise

Not being able to process gluten affects roughly one in every 100 people but most of them are undiagnosed. If you have any kind of stomach problems after eating certain grains, you may have this disorder. The condition is similar to other diseases, which is why being properly diagnosed by a physician is so important. Problems with gluten can mimic thyroid or liver disease, Type 1 diabetes, and even Down Syndrome but a qualified doctor will be able to diagnose you properly so that you will know for sure. Naturally, you don’t want to start a gluten-free lifestyle unless it is absolutely necessary; if your doctor does diagnose you with coeliac disease, which is what the disease is officially called, at least you’ll know what to do about it.

Preparing for a Gluten-Free Lifestyle

Living gluten-free will relieve you of all your symptoms and you may not even realise how much pain you were having until you get rid of it. If you are anaemic, feel tired, are bloated or constipated, get headaches, or have joint or bone pain, it could be because you cannot eat gluten. After being diagnosed by a doctor, it may seem that finding gluten-free foods is going to be complicated but these days it is much easier than you might think. In fact, there are even online stores that sell nothing but gluten-free foods and they include items such as breads, biscuits, pasta, cereals, flour mixes, and all types of bases for foods such as pizza. The products are specially made for people with Coeliac and they are just as tasty as foods that have gluten in them. They are easy to research, easy to purchase, and very reasonably priced, making the gluten-free lifestyle much easier and more convenient.

Living gluten-free does not have to be an inconvenience and it doesn’t have to be expensive either. Between regular and online stores and food manufacturers that concentrate solely on making delicious gluten-free foods, it doesn’t have to be a hassle to have this condition. Once you eliminate gluten from your diet, you will feel as if you are a brand-new person and since companies are continuously coming out with more gluten-free options, you should have no problems eating delicious foods and being pain-free at the same time.

Express Love With The Best Cakes 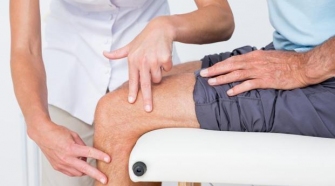