What You Should Know About Airport Parking

The Best Ways to Market in the Smartphone Age

Invoicing As A Contractor: A Simple Guide

Ways In Which Attorneys Can Generate More Business

N extraordinary amount of jazz hits New York over the next two weeks: four festivals, about 150 sets, and much of it extracurricular to the usual riches at the clubs. It´s a time of marathons and breadth and goes in heavy for the new: not just youth, but also new aesthetic combinations, new attitudes toward repertory, new influences and paradigms, new clubs and theaters. Unlike some past jazz festival seasons, with more brand-polishing and sentimental favorites, this one – in the aggregate – can really show you where both the music and the culture of jazz in New York have gotten to. The news releases plonked into e-mailboxes throughout the spring. First to announce a schedule was the old-school jazz promoter George Wein. After the exit of JVC as his regular sponsor, he returns this year with the first annual CareFusion Jazz Festival, named after the medical technology company that is writing its checks. It´s a mixture: typical JVC-esque big-hall bookings (Herbie Hancock, Keith Jarrett, Joao Gilberto); carefully chosen smaller shows with some of the best younger bandleaders, including Ambrose Akinmusire and Darcy James Argue; and a few gigs for early and swing-era jazz fans.Next, the 15th Vision Festival, an event planned and run community-style, with minimum sponsorship and maximum input from musicians, by Patricia Parker; it´s built around the lineage of free improvisation and jazz´s nonmainstream. This year´s festival is half again as big as last year´s. It contains an evening devoted to the Chicago pianist Muhal Richard Abrams and his circle and gigs by the local scene´s veterans, including the saxophonists Charles Gayle and David S. Ware, as well as the improvising singer Fay Victor, the scholarly and freewheeling Chicago-based quintet People, Places & Things and the rock band Akron/Family. The shows spread through the Lower East Side: clubs, cultural centers, even the playground of the Campos Plaza housing development on East 13th Street. Then came news of the first Undead Jazzfest, two nights of hear-a-thons in clubs on a stretch of Bleecker and Sullivan Streets, this Saturday and Sunday. It occupies, roughly, the middle path between Vision Festival and CareFusion: heavy on neither free improvisation nor the mainstream-jazz continuum.

Its the sound of the adventurous present, including the drummer and composer John Hollenbeck, the saxophonist Steve Coleman, and Fight the Big Bull, a roustabout little big band from Richmond, Va. It´s produced by Brice Rosenbloom and Adam Schatz, who are doing much to expand, diversify and generally excite the New York jazz audience through their annual Winter Jazzfest.

How BPM Can Reduce The Company’s Expenses 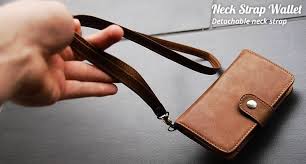