The tea is produced in Sri Lanka which was formerly known as Ceylon. This tea is usually made using either green tea leaves, or white tea leaves, or black tea leaves. This can be consumed cold as well as hot.  People have noticed the benefits of Ceylon tea; it helps in boosting up the metabolism or decreasing the rate of diseases. But these benefits are not clinically proven.

Unlike the other teas, which are based on the names of the leaves from which they are produced, Ceylon tea is named after Ceylon where the trees are grown. Ceylon was once considered the world’s largest coffee producer, which was a British colony before. When the coffee industry vanished due to the coffee rust plant disease, tea farmers occupied the infrastructure and began the tea industry.

According to the climate and terrain, each district produces tea with a different character and slightly different taste. There are basically seven Ceylon tea districts:

Researchers have been trying to study Ceylon green tea and other types of teas for decades and have reached a conclusion with positive outcomes. Drinking tea provides a stable mental alertness and boost up the body. It may also increase energy levels, which can help to lower the risk of disease and promote healthy metabolism.

Black tea and green tea contains polyphenols, tannins, and flavonoids. Polyphenols are considered to be plant-based chemicals that have many health benefits. Consumption of flavonoids can decrease the cancer risk. According to research, consuming tea in a limited manner can decrease the risk of heart disease, cholesterol, and low blood pressure.

Ceylon tea contains some caffeine; the amount of caffeine depends upon the leaves used to make tea and also on the preparation methods. Usually, tea bags provide caffeine compared to that of while tea leaves. If the Ceylon tea is produced with green tea leaves, the chances of caffeine will be modest.

Next Acidic and alkaline, what is pH and how does it affect a body

Streaming the News: Great Opportunities of Live Streaming for Journalism

Points To Consider Before You Buy A Residential Apartment 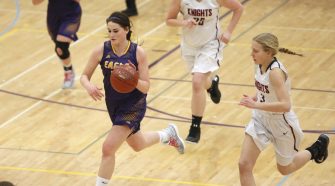