Tips For A Flawless Car Wash And Wax Every Time

7 Ways to Be Prepared for a Medical Emergency

Evidence can support one case and help rule out another. Evidence can help convince a judge or jury of the truth in a case.

However, there are certain instances when evidence can no longer be used in court. Inadmissible evidence is defined as those which can not be presented to the jury or decision-maker, as they fail to meet state or federal court rules for admissibility. These rules serve to protect the legal process by removing unreliable or defective pieces of evidence.

Though there are some specific rules that vary per state, there are general rules that outline what evidence are or are not admissible in court.

In general, admissible evidence must be relevant and not be outweighed by countervailing considerations. These are also called competent evidence or proper evidence.

Evidence is deemed relevant when it has material and probative value. This means that it can prove or alternatively disprove a fact of a crime. Proper evidence must also be material, in the sense that it needs to prove something important to the case being decided. Talking about inconsequential things would have no room in the court.

Lastly, evidence is admissible when it is competent evidence. The proof of the fact needs to be reliable.

Though there can be exceptions and differences in the specific rules, evidence that doesn’t meet these criteria are generally considered inadmissible evidence.

There are many types of inadmissible evidence. Here are 5 of the most common instances:

Testimony that comes from someone who was not directly present to witness a fact of the crime is inadmissible in court. It cannot be used to persuade the judge or jury. For example, a person is witness to murder. If this person tells his friend of his experience, his friend cannot serve as the witness. The friend’s testimony would be a form of “he said, she said”.

When it comes to witnesses, there is another criteria to take into account. The evidence presented by the witness should be factual, and not opinion. The only clear exception to this is when the evidence to be provided is from an expert witness, who has the authority to give an opinion over a fact of the case.

The testimony of some witnesses can also be deemed inadmissible when they come from an unreliable source. For example, a toddler cannot be trusted to provide clear testimony to an accident or altercation they have seen. This evidence is not competent.

A document can be key to prove a fact in the case. But a document without context or proof of veracity is inadmissible in court. For example, there can be a contract signed by both parties. But without a witness to the contract or the holder of the document to stand in front of the court, the contract can be considered inadmissible.

Written by Carson and Coil, the leading criminal attorney in Jefferson City, MO.

Previous How To Choose The Perfect Honeymoon Destination

Next Best Products For Protecting Your Car From Rust

Tips on How to Market Your Trucking Business

What To Know Before You Rent 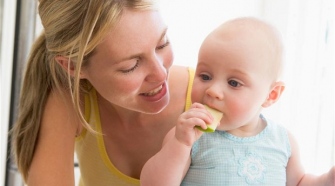