There are countless games that can be played online or on the mobiles. The list of these games is endless as new ones are being released by the online and mobile gaming industry on regular basis. Now all players can find a game that they can play using the internet on their computers or on their mobile sets that offer a storyline according to their preferences and hobbies etc. These games are by far the most viable way of relaxation and escape from the hectic routines keeping into consideration the inflation that has hit the global economies. Although some of these games may require certain payment most of them can be played without having to worry about paying anything at all. There are many benefits that the mobile games and the online games offer to the players which is the reason they are growing in popularity all over the world.  One of the most popular games of the current times that is being enjoyed by the players who like to play mobile games is the Crossy Road game. This game was released in the year 2014 on the twentieth of November. The Crossy Road game was developed by Hipster Whale and developers;

The objective of the players playing this game is to avoid the hurdles and advance further in the game collecting coins and making the most of the tools that are provided in the game. One of the first mystery character of this particular game is the Hipster Whale. This character is the mascot of the developer of the Crossy Road game. Although this mystery character does not appear very frequently during the game but it does make its appearance with the logs in the stream moving with the same. The players are required to jump on this character and the jump off it. Doing this will provide the players of the games with two options;

A) Either the players can continue to proceed the game

Once the stage is ended the Hipster Whale will unlock on its own and will become available to the players in the list of the characters on the screen. This character will automatically be added to random rotation. Those who wish to learn more about the game can always visit the website of the company or the game to read through the tips and tutorials and improve their skills at the same time.

Next Ultimate Guide Of Web Hosting 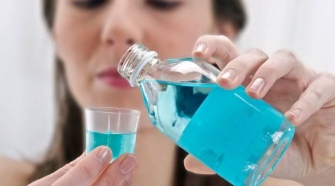