Driving Test Eyesight Test – Top Things You Need To Know Before You Go For It!

How should Women be Careful about Bone Health?

Best Apps for Listening to Your Favorite Radio Stations

Branding – one single word that can bring about incredible success stories for some businesses and spell the outright demise of others. Get it right and there’s really no telling how far successful branding can get you and your business, but at the same time make any of the rather common mistakes perpetuated by newcomers and taking even a single step forward becomes difficult to say the least.

Of course, actually getting it right is easier said than done as it’s really not as if any business goes into its branding process with the intention of failing. Instead, it’s a case of simple mistakes being made and learned lessons being ignored, which can combine to breed outright branding disasters.

So, if you were to reach out to a professional shopper marketing agency in London for a few tips on how to stick the former and avoid the latter, what are the rules they’d advise you to follow?

1 – Don’t Forget Who Matters Most

Right off the bat, the single most important rule in both branding and business as a whole is to never, ever lose track of who it is that matters the most. And here’s a clue – it’s not the business. In order to appeal to a target market, you need to ensure they take priority in all you do and every decision you make – think about how they think and how you’d respond in their position.

Your brand must be a good representation of your firm’s values, which means that before setting about any branding efforts you need to establish what your core values are. And once you’ve decided what it is you’re all about, never make the mistake of deviating at any time for any reason.

3 – Position in the Market

You also need to know your market position, as if you’re a brand that makes ultra-cheap products of any given persuasion you’re of course going to have a different demographic to that of a super-premium retailer at the other end of the spectrum. Know who you are and what you are in order to establish who you’re targeting.

When you think of the world’s most recognisable brand logos like Nike’s tick, Apple’s apple or the golden M of the burger gurus, you’ll probably notice that they’re all incredible simple. As such, this is a good example to follow when going about your own branding efforts – simplicity sells.

If you are to build a business that’s every bit as strong and consistent as the branding representing it, you need to make sure it isn’t just some marketing gimmick that’s seldom practiced or abided by. Or in other words, if you are looking to build an image of openness, friendliness, forward thinking and general brilliance, you need to make sure the whole team is on board – not just your branding team.

It’s impossible to achieve any goals in business if you don’t first set in stone exactly what those goals are. This applies in a big way to branding as you need to formulate a plan of attack and a timescale to follow along the way. Without a plan, you’re grasping for straws in the dark – something that’s unlikely to prove beneficial.

One of the worst things any business can do is decide at some random point to go a totally different way with their branding and general working ethos. For example, it’s rarely a good idea to go from being a budget retailer to a premium seller just for the sake of bettering your own prospects, or to suddenly become a vegetarian-only eatery after pulling in carnivorous crowds for years. With branding, consistency is key.

As time goes by, you’ll be able to pick up on things that are working and others that clearly are not. In all such instances, it’s important to respond accordingly rather than just sitting back and thinking you’re right, they’re wrong and eventually they’ll come around to your way of thinking…chances are they never will.

A quick point but an important point nonetheless concerns mixed media, as it’s always beneficial to spread your brand’s name far and wide using a wide mix of media rather than one platform exclusively.

And finally, it’s really impossible to put a price on the value of professional input when it comes to any business looking to take its branding ambitions in the right direction. You never know what kind of gold a fresh pair of eyes might bring you, let alone a whole team of eyes with decades of experience in the branding business.

Next Crossy Road - A Fun Filled Game For All

Sports Physical Therapy – How It Benefitting The Athletes? 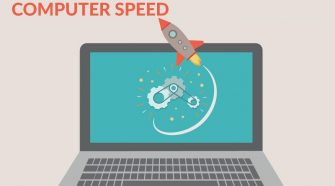 How To Boost Computer Speed – Simple Tips To Follow