Get It Started: 5 Tips on How to Have a Good Start in Real Estate Investing Business

How many times have you heard the expression “They don’t build ’em like they used to!”?. It’s been used for everything from appliances, to cars, to homes. And while there certainly is something to be said about old-time craftsmanship, sometimes an old house can come with its own issues that far outweigh the fact that it was built in an era where they ostensibly built things to last.

Here are some of the things you should watch out for in an older home, whether you’re considering purchasing such a house, or already live in one.

Yeah, they don’t make them like they used to, alright. As in, today you don’t find houses that have dangerous materials in them! Lead-based paint was a common thing, as was lead pipes for plumbing. Then, of course, there’s asbestos, which despite its great use as insulation has had a lot of justified bad press about its hazardous qualities.

The Roof Over Your Head

It’s a simple fact of home ownership: roofs eventually need replacing. If you’re considering an old house, you may want to ask about the age of the roof itself. If it’s been replaced in the last few years, then you can breathe easily. Otherwise, keep your eyes trained upwards.

Gravity is a drag, figuratively and literally. Roofs aren’t the only things that struggle with gravity every day; the walls and foundations do as well. Look out for vertical or horizontal cracks in foundation walls. Also, keep an eye out for bowed walls, which indicate structural strain. Repairs could run into the thousands, depending on the extent of the wear.

Yes, here are even more structural concerns. How old is the siding, and what shape is it in? If the siding is cracked, warped, or rotting, that could mean some pretty big replacement bills, as in low five figures.

As the article “Common Defects Found In Older Homes” helpfully points out, some old wiring is easy to spot. A house should have 220-volt service, at least 100-amp capacity for 110-volt service, and good grounding. Those electrical outlets with three holes are well grounded; otherwise, it’s an iffy situation which may need to be rectified, and that means an electrician, and that means big bucks.

That’s a fancy way of saying “Furnace, water heater, and AC”. How old is the furnace? For that matter, how is that water heater looking? The latter does need replacing every decade or so, and it would be nice if you didn’t discover that by going down into the cellar and finding water on the floor. Also, bear in mind those older systems as a rule cost more to run and maintain.

We round the list out with everyone’s favorite: insect infestations. Termites and carpenter ants are the two big culprits that could really cause some structural degradation and require a financial outlay not only to repair the damage but also to exterminate the little buggers before they can repeat.

Older houses can be a really awesome purchase, just so long as the buyer enters into it with both eyes open, and the property’s been scrutinized. As the saying goes, “Let the buyer beware”.

Previous Choosing the Most Affordable College

Next A Brief Introduction To The Best Selling Books 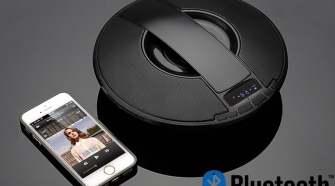 5 Locations Where Your Waterproof Bluetooth Speaker Will Shine