How To Learn A Foreign Language

Even if some surge protectors no longer work after they cannot provide surge protection anymore, there are silent ones that continue to run as power strip while the devices are left open to electrical surges. The surge protectors that have a higher joule rating are going to last longer and give protection for more powerful surges, but even the expensive ones need to be changed after the rated level of electricity has been absorbed.

What are surge protectors?

In case you don’t know why they are important, here is what they are for. To simply put it, they make sure that all electronics keep a proper and consistent voltage from outlets that give power. Without surge protectors, there can be a quick surge in voltage and can easily destroy televisions, consoles for gaming, and other components. By controlling the voltage amount, surge protectors stop a catastrophe from happening.

Each surge protector can take in a different level of energy, the rating is in the form of joules. There is no simple way to find out how man joules are kept in a certain surge, although, you cannot calculate the endurance is in the surge protector. By the use of a protector that has built-in status lights, there is an indicator that it needs replacement soon. If in case the “protected” light shuts off, the strip will need replacement, even if there is still power. Certain models also have the alarm that gives a sound at the end of the surge protector’s life. It does not matter how many surge protectors were able to absorb; a replacement might be needed after the warranty is no longer valid because some warranties include electrical damage from attached devices.

Maybe the most evident way to find out if the surge needs a new protector is when the warning light is already on. This light normally has a label and shows a bright red light when the surge protector needs a replacement soon. You need to be sure that there is no confusion between the light and others on the surge protector, and don’t procrastinate on buying a new one.

Surge protectors don’t have a magic power because when they get a power surge from the electrical outlet they are plugged into, it is connected to the extra voltage that removes and shields the connected device from it. A normal surge protector utilizes a component known as a metal oxide varistor. When there are voltage spikes, the protector shifts the extra voltage to the MOV component. The said component degrades when it has become exposed to a small amount of large surges or a bigger amount of small surges. This added energy does not cause damage to devices – it is contained in the surge protector, where the MOV is degraded.

How can you tell?

It is almost impossible to find out exactly when the surge protector stops working. Some of the surge protectors have lights that give a warning sign when you need to replace the protector. However, these lights are not always reliable. It is not a system that is foolproof.

If the surge protector gives a warning that it no longer gives protection, you should definitely replace it. Although, do not assume right away that the surge protector that is 10 years old is working properly just because there is no warning light yet.

Next Why Vitamin B Is So Important

The Importance Of Sports Celebrities For Endorsements

Business Blunders: Avoid A Bad Conference by Choosing A Location That Truly Caters To Your Needs

6 Tips For Redecorating Your Office On A Budget 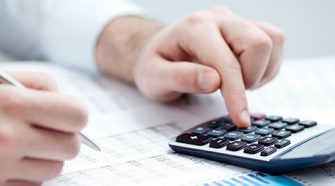