While sore joints and loss of memory sharpness are part of growing older, depression is not. Late-life depression occurs in about 15% of adults over the age of 65. This type of depression is often under-diagnosed and under-treated. Because of cognitive decline as we age, depression and other mental health conditions are much more common which in turn increases the risk of depression. For example, those with Alzheimer’s or some other type of neurodegenerative disorder are more likely to suffer from depression. Another factor that can cause late-life depression is vitamin and nutrient deficiencies such as vitamin B12 and folic acid.

In older adults, relapse, recurrence, and resistance to common therapies are common. This makes finding an effective treatment for adults much harder. Thankfully the use of various brain stimulation therapies has proven to be useful in treating depression and depression symptoms.

Keep reading to learn about the various brain stimulation therapies that are available.

ECT, which is one of the safest and most effective treatments for long-term and late-life depression, uses electric current to produce a controlled seizure. The seizure, which is a burst of synchronized brain wave activity, typically only lasts for about 30 seconds. Though this sounds scary, patients are given anesthesia and a muscle relaxant during treatment to avoid the convulsions and other scary side effects. The treatment course typically involves three treatments a week for 2-4 weeks.

The biggest concern with ECT is the possibility of cognitive side effects. Patients often experience confusion after the procedure but this typically goes away in a few hours. After undergoing ECT treatment, it’s important to form new memories and to stimulate the brain as much as possible.

ETC can be beneficial in a variety of situations. First, the treatment is effective for those who have severe depression or long-term depression. Other patients who benefit most from ETC include those:

Of course, you’ll want to discuss brain stimulation therapy options with your doctor first to ensure that they will be effective and are safe for your situation.

Similar to ECT, transcranial magnetic stimulation (TMS) also uses a magnetic field to create an electric current in the brain. However, TMS produces a much smaller current and the current is conducted in a specific part of the brain, notably the left dorsolateral prefrontal cortex. Because the electric current is much smaller, patients don’t experience a seizure or loss of consciousness.

One of the biggest benefits of TMS is that the treatment is non-evasive and can be administered in an outpatient setting. While treatment sessions must happen more often and for a longer period of time, TMS is touted for its ability to produce few side effects while diminishing depression symptoms.

The most dangerous risk associated with TMS is seizure. But, the risk percentage is quite low, only impacting 1 in every 1000 patients. After treatment most patients experience minor side effects such as a headache, neck pain, and scalp discomfort. All of these issues can be treated with an over the counter medication.

Who Qualifies for TMS?

In 2008 the FDA approved use of TMS for treating long-term and severe depression. This treatment is often prescribed for those who haven’t benefited from one or more other treatments such as medication or psychotherapy. Patients who have no previous history of epilepsy and who don’t have a metallic medical device in or near their head often qualify and benefit from this procedure. Most doctors recommend that patients be at least 18 years old before undergoing TMS.

While ECT and TMS are the forerunners in brain stimulation therapy for treating depression, there are other options. Vagus Nerve Stimulation uses an implanted device that emits electrical pulses that stimulate the brain. Repetitive transcranial magnetic stimulation is very similar to TMS but this procedure uses rapid polarity changes which in turn produce stronger electromagnetic induction.

The use of brain stimulation therapies as a long-term and effective treatment for depression has continued to increase. As more studies are conducted to better understand how these treatments impact the brain in the long-term, patients can expect these options to be more readily available. If you suffer from late-life depression, talk to your doctor about these high-tech treatment options.

Previous What Does It Take To Launch A Successful Startup?

Next 5 Ways In Which A Pet Can Improve Your Health

Can Online Dealers Help Me Out In Selling My RV Fast?

5 Things Every Guy Wants for Christmas 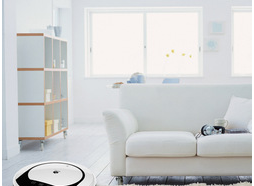