5 Reasons Text Message Marketing Is Good For Your Customers

Top Adventure Movies of All Time

House prices have locked many people out of getting their first foot on the housing ladder – and has made life a lot harder for ‘second steppers’ looking to make that move up in order to get more space.

The choice for them is to extend if they so wish – this is a way of adding money to their properties, and at the same time gaining more space.

However, as with many things, this is easier said than done. And where to start? Do you want to extend into the loft and build up? Or should you extend down (basements are all the rage in Kensington and Chelsea at the moment).

Here are a few tips from Hammersmith estate agents, Lawsons and Daughters on what both involve:

It’s a bit easier – and cheaper – to go up into the loft space, although this rather depends on the house. If you live in London, you’ll likely get an additional bathroom and bedroom and also a terrace, although remember that these properties frequently have sloping ceilings. If you’ve a more modern property, it won’t be so tough.

The problem is that the rule on loft conversions is always changing. The building regulations mean that the doors which access the stairs should be fire doors and you have to keep them or you’ll likely be responsible for accidents during a fire. However, there are some nice oak-panelled doors out there, they are not as ugly as they used to be.

Cost-wise, a basic loft conversion will start at around £40,000 including the cost of a bathroom.

If you live in London, you’ll likely have heard about all of the controversy over cash-rich property owners digging down and infuriating their neighbours. This has prompted the borough of Kensington and Chelsea to introduce stricter planning rules. However, it’s still an option for those with cash – and it doesn’t matter where you’re situated – although obviously some boroughs are stricter than others, and it can be tough to get planning permission.

If you do decide to dig down, you could create a media room, extra living room or even a swimming pool. The options are endless and you can create the size of your downstairs, unless you go under the garden.

Cost-wise, you can expect to pay £800 per square metre if you’ve a cellar which needs deepening, £1,400 if you don’t have any basement at all, or £200 if you have a big cellar which needs filling out and ‘tanking’ (waterproofing). As well of this, there are costs for electric and plumbing work and of course plastering and the installation of something you’re putting down there.

In terms of value added, it’s somewhat unsurprisingly about the area you live in. If your family lives in an area of medium to high value, then yes, you’ll get your cash back at resale. However, if you don’t, then the costs won’t necessarily be worth it.

Whatever option you choose to go for, just remember that it’s key to plan everything as much as you can so you don’t get caught out with any nasty surprises.

Next Enjoy Property Hunting and Stay Connected With Mobile Application Of Housing.com 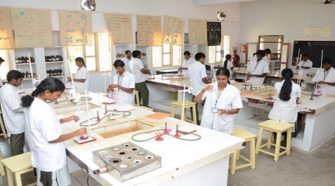 D Pharma Course: Join The Course For A Career In Pharmacy Field