The Utility Of Singer Sewing Machines

How Can Chiropractic Care Boost Your Immune System?

Why Children Should Be Encouraged to Try Multiple Sports?

Present Yourself With Versatile Collection Of Leather Products

There are few things in life that can be as enigmatic as back pain. You never know when it will strike, and when it does, it could either cause you a little discomfort or put you out of commission. And not only that, but it can be caused by so many issues that it is often difficult to address the root cause correctly. In this article, we’re going to explore some of the possible reasons for back pain.

Sprains occur when one of your ligaments suffers an injury. There are many ligaments that support the spine and its joints, especially the facet joints, and a ruptured ligament could be at the source of your back issues. A strain, on the other hand, is when one of your muscles or a tendon gets injured. And since tendons are attached to bones, they might cause back issues as well.

You could suffer a spinal strain or sprain after a fall, suffering a violent accident or using poor lifting and work techniques for long periods of time, for instance. Sprains and strains can be very painful and limit movement for quite a while.

Spinal infections are much less common, though they should be mentioned. These infections can either be bacterial or fungal and affect many parts of the spine. They can target areas like the spinal bone, intervertebral discs, areas around your nerve roots, and the spinal cord.

One of the most common reasons for back pain is a herniated disc. Our spinal discs are made from an internal fluid, which is called the nucleus pulposus, which may spill out after an accident or significant wear and tear.

Trauma can cause its protective outer layer, which is called the annulus fibrosus, to rupture and spill out, which could put pressure on one of your spinal nerve roots and send pain signals to the brain. And while the spinal nerves are located in the back, pain could shoot up all the way down to your leg.

If you show any of these symptoms, we suggest you check out a site like Echiropractor.Org and see if you may have other symptoms associated with a herniated disc. A herniated disc can be extremely debilitating and may require weeks, and sometimes months, of inactivity and treatment to be completely repaired.

The sacrum works as the keystone of the pelvis. The sections that connect the sacrum with the ilium at both sides is referred to as the sacroiliac joints. These joints are attached by strong ligaments and barely see any movement. In some cases, the sacroiliac joints may not move enough or actually move too much. When these joints become dysfunctional, symptoms like proximal leg pain and lower back pain may appear.

These are just some of the reasons why you may be experiencing back pain. If the issue isn’t severe, then you might be able to self-medicate with some over-the-counter medication and rest. However, it would be wise to consult a professional if symptoms get worse over time.

Previous A Huge Array Of Job Opportunities To Grab In Nagpur

Next Why Your CRM Is Vital To Business Success

Tips for Buying a Safe Car

What You Must Know About Atherosclerosis? 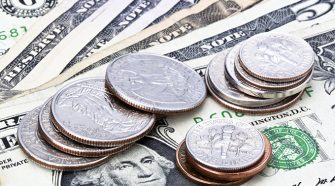 Do All Financial Analysts End Up Making Big Money?