How To Effectively Apply Social Media Marketing For Your Mobile App

William turner was a great Manchester painter whose paintings were not truly recognised until he was in his 80s. Born in 1920, in Chorlton-in-Medlock, Manchester, the future artist attended Derby School of Art part-time whilst serving a stint from 1940 to 1946 in the Royal Ordnance Corps. After World War II, Turner worked in the area of Cheetham Hill where he hand-coloured photos and taught painting and life drawing at Hulme Hall School.

Despite Turner’s limited art training, his paintings are characterised as being energetic and memorable. The artist liked to paint urban and industrial landscapes – places that underscored the lifestyles of the residents and workers in the northern UK. Turner did not particularly like to include topographical detail in his works of art. Instead, he preferred to paint from memory.

During 1955, the artist made a move from Salford, settling in Cheadle Hulme, where he created a large number of paintings of Stockport. Afterwards, he started to produce the paintings that he loved to paint – renditions of Manchester’s industrial life. His interesting urban interpretations led Turner to be recognised as one of the finest Northern industrial painters during the 20th century.

Some of the Artist’s Paintings

You cannot help but grow a liking for the artist’s paintings, especially when you can view such renderings as “Oxford Road,” Mersey Square,”  “Antwerp Harbour,” or Canal in Ancoats,” which was produced in 1985.

Ancoats itself is integrated with Manchester and is a natural part of the local scenery – an urban landscape that Turner particularly liked to highlight in his artistic works. Ancoats is part of the inner city area of Manchester, which is adjacent to the Northern Quarter of Manchester and the city’s commercial centre.

Ancoats is a symbolic area, particularly when you are reviewing Turner artwork. Considered, historically, as the cradle of the Industrial Revolution, Ancoats has been referred to as the first industrial suburb in the world. From the late 1700s to the early 20th century, Ancoats was deemed a thriving and prosperous industrial district. During the 1930s, the area suffered economic decline and depopulation following World War II. Many residents left the area during the ‘60s in what was referenced as the slum clearances.

Since the ‘90s, Ancoats’ heritage industrially has been recognised and the area has been rehabbed. While the south part has been branded New Islington, the northern area has kept the Ancoats name.

Through William Ralph Turner’s works, people have come to appreciate the history of Manchester and the idea of urbanism as a whole. Since the artist’s death in 2013, his works of art have sold for respectable prices – one called “The City,” painted in 1961, sold at auction for £17,760. That indeed was an impressive price as Turner’s urban works-of-art have only captured the public’s attention during the last decade.

The artist, who was inspired by famous painter L.S. Lowry, is expected to keep garnering attention from the art world in the near future and beyond. William Ralph Turner, who died in 2013, is finally beginning to obtain an increasing base of fans.

Next Applying For Cash Loans Online 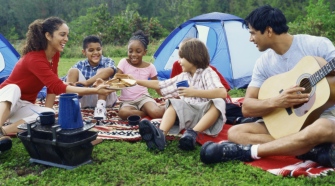