With so many castles to choose from in North Wales, everyone has their own favorite. It depends on whether you prefer broodingly magnificent ramparts, perched on cliff edges, or snapshots of an ancient lifestyle in well-preserved hilltop fortifications.

We’ve taken a look at visitor numbers and general reviews, and listed the top five castles in North Wales you should visit!

If you like your castles with “muscle”, then this is for you. Unashamedly robust and proud, this is rightly a World Heritage Site.

This structure is the epitome of Welsh heritage and medieval workmanship.

Caernarfon Castle is also one of North Wales’ most fascinating landmarks in terms of unique architecture. Look out for its polygonal towers (castles usually have round ones); especially the Eagle Tower. It’s also unusual in its use of banded colored stone in its walls.

Caernarfon Castle’s creator was King Edward I in the 13th century. It was the perfect place to situate his army, perched on the River Seiont with the sea close by.

That’s not the only royal connection. The current Prince of Wales, HRH Prince Charles, had his investiture here in 1969.

Anyone driving into North Wales on the main routes will get an excellent view of this awe-inspiring building, nestled on the hillside looking over Colwyn Bay.

Conwy Castle is another legacy of the 13th century and was also built for King Edward I.

Widely respected as the perfect example of a castle built in a concentric design, it is also reputed to be one of Wales’ most haunted locations.

The first thing you will notice though is its show of military strength. This is one of the finest surviving medieval fortifications in the whole of Britain. Its curtain walls and soaring towers still stand tall and proud.

From the battlements of Conwy Castle, you get one of the best views in Wales; an iconic combination of sea and mountains.

Towering high above the River Dee, Castell Dinas Bran is a mere remnant of its glory days. However, there is a good reason why it still draws so many visitors and remains one of the best castles in Wales. This rugged and fierce pinnacle sits on a truly breathtaking and memorable site.

One of its most striking features is how inhospitable and remote it is, which is possibly why the Welsh Princes of Powys abandoned it within a relatively short time of its construction.

However, its location was genius, as Castell Dinas Bran offers spectacular views across the Welsh valleys, sea, and land.

Not a castle to visit unless you have sturdy shoes and determination, the climb is undoubtedly worth it.

This castle is sewn firmly into the fabric of Welsh history – hence why “Men of Harlech” is the unofficial national anthem.

Finished in 1290, the castle was built using the familiar pattern of concentric circles converging in a great hall to keep the household safe.

It appears to be defying gravity, with battlements protruding from a near-vertical cliff face. Harlech Castle was also built for King Edward I and employs one of his favored architectural devices – walls within walls.

At the time of its construction, a waterway connected it to the sea. Shifts in the landscape mean Harlech Castle now enjoys seascapes in the distance.

It has recently acquired a “floating bridge” to make it easier for visitors of all ages and abilities to enjoy its well-preserved features.

This is a fortified building created to withstand the full force of medieval sieges, yet it’s still possible to apply the word peaceful to Criccieth Castle.

Only the echoes of warfare remain, and what’s left is a harmonious fit with this rugged and fascinating coastline. It also provides glorious views of the curving beaches and lush folds of the North Wales shorelines.

This vantage point on the headland is no doubt why Criccieth Castle changed hands so many times. It was much fought-over by both Welsh princes and English monarchs.

When you’ve finished soaking up all the rich history and splendors of North Wales castles, you’ll need a hotel in Porthmadog in which to relax.

Previous Top Reasons Why Waxing Is Better Than Shaving

Next How Integrating Technology Is Changing The Way We Live

How Should Freelancers Manage Their Time?

Coffee Machine: Perfect Gift for Yourself

How Muay Thai Can Improve Your Health

How and Why To Select A Good Divorce Lawyer? 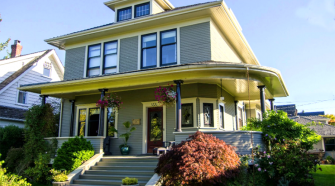 4 House Flipping Mistakes You Should Avoid At All Costs