Things To Consider When Joining The Gym

SmartLipo, also commonly spelled “Smart Lipo”, is a newer form of liposuction treatment that combines dramatic fat sculpting with a minimum of post-operative pain and rapid healing. Since it was first introduced in the US by dermatologist Bruce E. Katz, SmartLipo is more and more becoming the preferred method of surgical fat removal, and many professionals believe it will make traditional liposuction obsolete.

To best understand the numerous benefits of SmartLipo, it’s useful to compare it to more conventional liposuction. While both procedures involve inserting a cannula (a needle tube) into incisions and essentially “sucking” the fat out of the desired area, the cannula used in SmartLipo is much narrower and causes less tissue scarring. The reason Smart Lipo achieves equal and often superior results to traditional lipo despite using a smaller and less-invasive cannula is due to laser energy. This laser effectively liquefies fat cells, which mobilizes them and makes them much easier to suction out, thereby reducing the need for a thick cannula.

The SmartLipo laser also has a tightening effect on the skin near the incision, which is beneficial for several reasons. With traditional liposuction, there is more “space” caused by the insertion of the needle in the treatment area which the body must refill with collagen. The narrower cannula used in SmartLipo creates significantly smaller pockets in the tissue, while the laser beam stimulates more rapid collagen production. This enables quick contraction of the epidermis, which means there is less sagging skin than that which is often noticeable in patients who have a significant amount of fat removed through standard liposuction. So with SmartLipo, there is less and possibly no need for surgical removal of loose skin following treatment.

While SmartLipo is a surgical treatment and thus involves a healing period, this period is significantly decreased compared to regular liposuction. In fact, the incisions made in order to insert the small cannulas used in SmartLipo are so tiny that it isn’t even necessary to stitch them shut after fat removal, and the scarring is virtually non-existent. While regular liposuction usually results in the damage and/or loss of nerve and connective tissue in addition to the fat, the SmartLipo laser literally melts and mobilizes the fat for easier suction, so there is less pain or numbness in the area due to the additional nerve tissue trauma and loss. In most cases, prescription pain medicines are not even needed during the brief healing period.

In addition, the laser functions as a kind of cauterizer in that it closes the small ruptured blood vessels in the treatment area after suction is performed, which results in less bleeding and bruising, less risk of infection and a much faster healing period. Most patients are back to work only a couple days following the surgery, pain free and with no noticeable bruises or redness.

Here’s a quick recap of the incredible and scientifically proven benefits of SmartLipo:

Next Innovative Promo Products For Your Company

Why To Invest On Home Security Systems 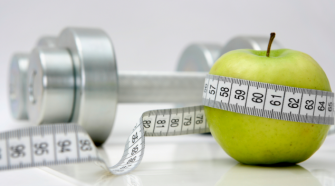