All You Need When Looking For Entertainers

What To Do If Google Hits You With An Algorithmic Penalty

What Are The Legal Ways To Prevent Defamation From Taking Place

Mobile voting systems have the ability to operate alongside existing voting systems, both manual and automated. It allows registered voters to vote from a mobile device, opposed to having to go to a polling location. Mobile votes are instantly counted towards the total, which allows people to see the votes as they are coming in, opposed to other voting systems, which require waiting until all votes can be counted.

Mobile voting is a form of electronic voting, which is defined as any voting system that relies on electronic submission. Electronic voting is touted as being more advantageous due to the convenience to the voter and the efficiency in counting votes. However, despite the advantages, there are those that question the security and reliability of mobile voting.

Traditional voting is a long and somewhat complicated process. It involves calling for elections, registering candidates and voters, designating and setting up polling stations, training polling workers, having voters show up at specific locations during specific times to vote, counting up all the votes, and officially declaring the results based on the final numbers.

Adding to this is the inclusion of absentee and provisional ballots, which are often not fully collected until after the election date. While these votes are still counted, it is often not until after a winner is declared. If the final votes are close, declaration of a winner may be delayed until all the outstanding ballots are collected and counted.

Although this traditional voting system has been used for generations, some of the flaws have never been fully corrected. It is possible that electronic voting, specifically mobile voting, represents the future of voting processes.

Benefits of a Mobile Voting System

Mobile voting does come with some risks and concerns regarding security and reliability. The following are a few of those concerns:

The Reality of Mobile Voting

Mobile voting systems allow registered voters to cast their vote from a mobile device eliminating the need to go to a polling station. It is believed that this added convenience will result in a higher voter turnout as well as reduce costs and counting errors. It also has the potential of increasing accessibility for voters that are elderly, disabled or otherwise homebound. Despite these benefits, concerns over the security and reliability of mobile voting has preventing it from being widely adopted.

To know more information visit us at: https://www.cloudvote.com/

Previous When “The One” Is With You

Next Benefits Of SmartLipo

Stop Winter Fatigue Before It Starts with These Simple Solutions 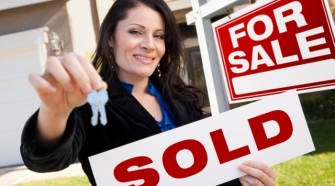