Songs That Rock the Boat, With Heart and Soul, Too

The closing concert of the enterprising Riverside Symphony´s 29th season, on Wednesday evening at Alice Tully Hall, was a thematic program that pulled together 20th-century works with roots in American vernacular music. It was, in a way, the perfect program for our eclectic, genre-hopping time, not only because it illustrated the porousness between formal and popular styles, but it also showed that this supposedly trendy approach is really nothing new. The two works on the first half of the program, after all, were composed in the 1920s.

Copland´s "Music for the Theater" (1925) was not composed for theatrical use at all, but for the concert hall; the Boston Symphony, under Serge Koussevitzky, gave the piece its premiere. But the work is steeped in the pop conventions of its time. The fast movements, especially, draw on jazz moves, and are meant to swing – as they did in this performance, led by George Rothman; the slow movements, with their prominent trumpet and English horn solos, evoke crooning vocalists and slow dances. You even hear a hint of Gershwin´s "Rhapsody in Blue," a predecessor (by a year) in the world of symphonic jazz crossovers.

Weill´s "Threepenny Opera" (1928) has tendrils that reach toward American jazz too. But its allusions are more oblique – a matter of rhythm and spirit rather than harmony or melody – and its more dominant accent is that of the German cabaret. In a tight, vigorous performance of a suite from that work, the orchestra´s woodwinds, brasses and percussion (with guitar, banjo and piano) thoroughly captured the music´s essence and conveyed a palpable sense of its dark atmosphere and pervasive restlessness.

6 Exercises For Weight Loss In A Stride 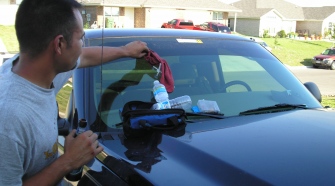