The Ways Of Manufacturing Cupboards From Melamine Board

Are Big Dogs Perfect For Families With Small Children

There is a handful of vehicles that really stand out in rally car history. Taken together, these five cars help to tell the sport’s exciting story. To this day, it is still evolving. It was hard to pick just five, but we managed to do it. Here they are, our Five All Time Best Rally Cars, roughly in chronological order.

The oldest contender from our list is the Saab 96. However don’t let the age of this vehicle fool you. In its day, this rally car was very influential. During the early Sixties, the Saab 96 scored wins in very impressive numbers. At British Rally it won three times and at Monte Carlo Rally won twice. Some of the more legendary names in rally car history drove the Saab 96, including the incomparable Stig Blomqvist, Pat Moss-Carlsson, Tom Trana, Per Eklund, Simo Lampinen and Carl Orrenius. The Swedes, no matter how you look at it, played a blinder driving the 96.

2) The Little Guy: The Mini Cooper

Everyone is aware that a good thing usually comes in a small package. The Mini Cooper definitely is not an exception to this rule. The David and Goliath complex that the tiny tearaway held, led the car to notch over twenty-five competitive wins during the mid-Sixties. In the process, it put to shame many rally car heavyweight brands. Although the Cooper operated at just 70bhp, its precise handling was very beneficial. Around corners, it was also incredibly nimble. This helped the car out-pace fierce competitors such as Porsche, Jaguar and Mercedes-Benz. During the car’s heyday, if it wasn’t for a controversial lighting technicality in 1966, The Mini Cooper would have won the Monte Carlo three times in a row. The Mini Cooper might have been a plucky upstart, but it was absolutely a giant killer.

When you think about the Lancia Stratos origins, it isn’t surprising in many ways that the rally car won so many races. The Lancia Stratos was built to be a winner. From the beginning, it was designed for the sole reason of rallying. This resulted in the car having many features necessary for truck track champions. Due to its fibreglass body, the car was very light, weighing only 1000kgs. At 250bhp, it had seductive power and also came with an extra-wide stance, giving it a critical edge for tight corners. Not surprising, the specs of the Lancia made it somewhat nightmarish to drive. However, this didn’t deter its drivers from amassing a whole slew of championship titles. Although looks might not be everything, The Stratos would win all the prizes if they were. The car looked like a futuristic, barmy rocket with wheels.

The 1980s was a tumultuous and exciting rally driving era. The Audi Quattro started tearing up dust right at the beginning. Many actually think the Quattro revolutionised the whole sport of car rallying. In 1981 it first came on the scene featuring full time all-wheel drive. None of its contemporaries had this feature, giving the Quattro a huge advantage over difficult terrain. It didn’t have to waste the Quattro’s 400+ horsepower engine. Many copycat models, of course, followed. However, for several years, the Quattro was the best and the original. It set very high standards for other cars to follow.

The Subaru Impreza and Colin McRae are synonymous. During the Nineties as well as the Noughties, the car won an impressive string of races. Both the Subarau Impreza and McRae- the most successful British rally driver- are born champions and two of the sport’s major icons. The Impreza’s looks are not especially flashy. However, this was the car where substance was a priority over style. It made the most from its four-wheel drive flat four, 300 bhp engine to score victories for the Spaniard Carlos Sainz as well as McRae.

Do these classic motors inspire you to give it a try? Click the link to view our selection of rally cars for sale.

Amy Rice writes about rally cars, when not writing she enjoys driving her Audi Quattro and horse riding.

Next Ignoring These Warnings From Your Tires Could Cost You Thousands

Shoulder Back Posture Support For Correcting Your Posture

How To Choose The Right Family Lawyer In Sydney For You 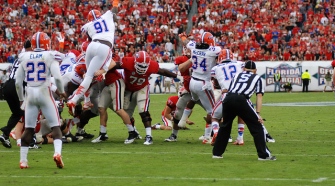 Those Who Can’t Play, Party: 4 Best Cities For Football Tailgaters