What Are The Healing Benefits Of Therapeutic Ultrasound?

A guide to the emerging public transportation in Sweden

For two centuries, the Empire of Vijay Nagar or the City of Victory nourished art and culture and dominated center stage in Southern India. The capital city of Vijay Nagar was founded in 1336 A.D. on the banks of Tungabhadra River. Harihar and Bukka, along with their spiritual mentor chose a site sanctified as a holy place for the capital of their new kingdom. During the reigns of subsequent kings, by the mid-fifteenth century, the kingdom stretched from north Karnataka to Kerala and from the Malabar Coast to Odisha.

The Vijay Nagar Empire was founded for the propagation of ‘Dharam’ and Hindu ideals. It revived some of the finest traditions of Hindu thought. There was a deep sense of equality and democracy in ancient Indian thought. Each man had a place in society and there was a sense of dignity in that place. In reviving the pride and confidence of society, the empire of Vijay Nagar also revived the enthusiasm and traditions of Indian artists.

After many years, the Indian Traditional Paintings saw the revival of prolific mural paintings – the chief of all arts, as stated in the ancient Indian literature. From the 14th to 16th centuries, the capital city of Vijay Nagar was one of the most prosperous cities in the world. People from distant countries rubbed shoulders with each other in the market places of this city. This was one of the most thriving and cosmopolitan places in the medieval world. Trade brought people of different lands together in a spirit of co-operation. Naturally, this led to a mutual understanding and appreciation. The exchange of ideas in prosperous trading centers led to the development of rich and vibrant cultures. People took from each other the best of what each had to give. And, this resulted in the blooming of most beautiful flower of thought and art in Vijay Nagar.

Under the enlightened rule of Krishan Dev Raya, the Vijay Nagar Empire rose to its Zenith and drew appreciation from travelers from all over the world. The Empire drew a line across the Deccan and prevented the invasion of armies from the north. It was during this time that the Vijay Nagar style of architecture, sculpture and traditional Indian paintings were created. It fused elements of earlier Hindu art with rich influences of other cultures. The richness of these sculptures and paintings can be witnessed in the temples that were built during the Empire. One such example is the 15th century paintings that can be seen at Hampi. The paintings at Hampi exhibit vigor. There is a sense of purpose and belief which is seen in these paintings. As in the paintings of the ancient Indian, the themes were mainly religious; there was a deep intertwining of the story of the Vijay Nagar Empire and its Kings with the stories of the Gods they believed in. Along with epic themes, these paintings depict the processions of the revered sage Vidyaranya, who was the spiritual mentor of the founder of Vijay Nagar Empire. At Hampi, there are paintings that show Lord Ram bending the mighty bow of Lord Shiva to win the hand of Goddess Sita in marriage and show the scene of the marriage. Also, there are paintings of Arjun aiming at the eye of a fish to prove his skills and to win the hand of Draupadi in marriage. Artists created paintings that portrayed the scenes of Epic Mahabharata. Deeds of valor and skill were held in high esteem in society. A combination of bold actions and deep religious belief are seen as prime impulses in the building of Vijay Nagar.

Even today, there are artists who practice the art of ancient Indian traditional paintings and create spectacular artworks that capture the essence of Hindu believes, heighten the look and feel of a living space and instill a sense of tranquility to space. If you too want to accentuate the aesthetic effect of your room or bring peace to your surroundings, you can consider buying such paintings. One of the easiest and convenient ways to buy such artworks is buying them from a reliable online art gallery like Indian Art Ideas. Indian Art Ideas has a rich repository of affordable traditional Indian paintings that will surely suit your disposition without leaving a hole in your pocket

Previous How to Choose the Proper Body Kits?

Next Technologies To Help In Luxury Hotels For Better Customer Service

What Michigan Tenants and Landlords Should Know About State Eviction Laws 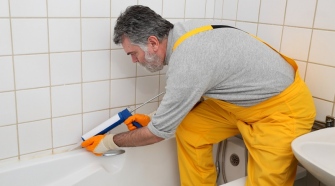 Getting A Leak Free Home With A Waterproof Bathroom