The worldwide trend to veto usage of plastic shopping bags is a fiction. Actually, when you scan global activities regarding this then it shows that dominant trend is to recycle and how to manage bags. Total ban on plastic bag is just impossible because avoidance strategies get employed to circumvent the ban. Moreover, paper generates more waste, greenhouse gas emission and increases waste recovery cost.

Another trend is using different kinds of plastic, which is bio-degradable and is done to support local job creation. In some countries, government looks to place recycling systems for non-biodegradable plastic bags.

How plastic bag ban appears to be a fiction in different countries?

Bangladesh – The first country to impose nationwide ban of plastic bag usage in 2001 because of the concerns of flooding bags blocking drainage systems. Ban was imposed to put in place efficient waste management system. It was a failure because of several reasons like lack of enforcement, paper alternatives tore or soaked easily, and reusable bags were costly.

Belgium – In 2007, Belgium committed strongly to recycling. Tax on plastic films, disposable cutlery, and aluminum foil was passed. Its revenue gets directed to recycling facilities.

Canada – Take back to retail program enables people to collect bag in the blue bins and easily return. Canadians follow the three R’s – reduce, reuse, and recycle. Bans enacted are few but were withdrawn in approval of recycling. However, conversion to reusable bags rate is high, especially in the Quebec and Ontario regions.

China – Ultra thin plastic bag usage was banned in 2008 and fees were imposed on other bag usages. Chinese buy food items in small amounts because of lack of refrigeration. Ban has reduced bag usage by 67% but still across the country compliance is inconsistent. However, China is working towards putting regional recycling facilities.

United States – In 2007, San Francisco banned plastic shopping bags and mandated use of paper bags, compostable plastic bags or reusable bags. At that time recyclers were boycotted to promote reusables. Since then other municipalities followed suit but some states opted for compulsory recycling. You can also make use of Custom Earth promotional cooler bags designed from recycled materials and participate in save the earth program.

Taiwan – Taiwan passed a ban on 2001 but had to withdraw it in 2006 in food sector because mountain of waste got generated as they moved to using paper bags. In addition, significant spike in greenhouse gases due to increase in garbage trucks transporting seven times extra waste to the dumps. Public was also unsatisfied with the ban. So, the government withdrew the ban and adapted recycling model.

Previous Analysis and Essay on the Works of William Shakespeare: Romeo and Juliet 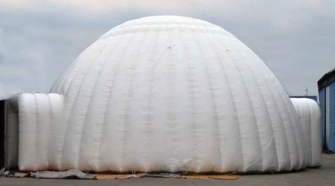