The Evolution of Office Spaces

On The Job Safety: Top RN Nursing Injuries (and how to avoid them)

Have A Sophisticated Event With A Local, Sustainable Catering Company

Amidst all the speculations surfacing El Nino effecting Indian Monsoon, from almost every metrological department around the world, we offer you an in-depth understanding of El Nino and its impact on Indian Monsoon. Knowing what is happening in your surrounding is good to prevent any potential threat to your life. Understanding El Nino and its effects on Indian Monsoon is not a rocket science; one can easily understand changing climatic conditions provided you refer to a right source. In this brief read, you will read about El Nino its repercussions on India. 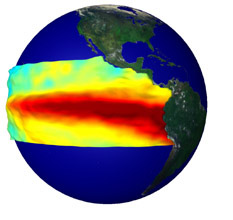 What is El Nino

El Nino also known as ‘The little Boy’, or ‘Christ Child’ is a name given to the changes in the pattern of trade winds across the Pacific Ocean, which in turn causes unusual warming in Pacific ocean. El Nino brings series of changes including reverse in wind patterns across the pacific, drought in Australia, and unseasonal rain in southern America.

Generally, balanced winds blow from eastern to western across the Pacific Ocean, pushing warmed (due to sun) ocean water along with them towards Indonesia and Australia i.e. on the western edge of the ocean. These winds push seawater with such intensity that the level of sea near Indonesia can be observed five feet higher than that is found near Ecuador, according to the National Oceanic and Atmospheric Administration.

However, when the region experience El Nino effect, these winds (that take warm water away from west to east) slow down, disturbing the flow of water across the pacific. The colder water from the deep ocean stops rising to the surface, which in turn affects the temperatures across the Pacific Ocean.

Dating back to 2009, the El Nino brought the worst drought to India. It destroyed wheat cultivation in Australia and damaged crops across Asia. Affecting economies of these two continents—food prices surged. According to forecast from various meteorological departments of the world, it is likely that these continents will again face the wrath of this hostile natural phenomenon.

An expected El Nino in 2015 will agitate economies that are heavily dependent on agriculture, particularly India, which is already reeling from bad weather. It would also disturb supply chains of commodities such as rice, corn and palm oil. In fact, the impact/heat is already been observed in some places in the Asia Pacific.

Dozens of farmers have already been reported committing suicide in pretext of damaged crops from unseasonal rains this year. Now if the El Nino would affect the summer rains, rural gloominess will deepen.

The monsoon is essential for India as half its fertile lands lack irrigation while the farm sector accounts for 14 percent of its economy. Indian weather bureau has forecasted weaker rainfall citing a 70% El Nino influence. However, there are other private weather forecasting companies in India that are negating any potential El Nino impact on Indian monsoon and according to them summer monsoon is likely to cover India by July 15.

More than half of the Philippines, one of the world’s top rice importers is already suffering from dryness, which has curtailed its rice production. Nevertheless, as of now nothing can be said about the real impact of El Nino on India, guess we can only wait and watch or prepare ourselves with a stash of food ready by our side.

Previous 5 Sports You Really Can Play For Life

Next Effective Results Of Muscle Gain Supplements- Why Bodybuilders Use

How To Extend The Lifespan Of Your Taxi 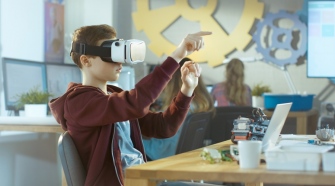 Clever Ways For An Innovative Education