5 Romantic Ideas For Valentine Day For Her

3 Differences Between THC and CBD

Your Favorite Performance Booster – The Latest Buzz in Holistic Medicine

The United States has issued a stern warning to Russia’s Vladimir Putin ahead of Wednesday’s talks as leaders of Russia and Ukraine meet in Belarus to discuss a lasting peace deal.

Following a statement released by the White House, President Barack Obama warned Mr. Putin the “costs for Russia will rise” if a lasting peaceful resolution is not reached.

“However, if Russia continues its aggressive actions in Ukraine, including by sending troops, weapons, and financing to support the separatists, the costs for Russia will rise,” the statement said.

According to the White House, Mr. Obama reaffirmed U.S support for Ukraine’s sovereignty and territorial integrity. The two leaders also discussed the status of the peace negotiations and the importance of reaching a diplomatic solution concerning the “internal” conflict in eastern Ukraine where the battle between the government and Russian-backed rebel separatists has in recent weeks intensified.

President Barack Obama “underscored the rising human toll of the fighting and underscored the importance of President Putin seizing the opportunity presented by the ongoing discussions,” the White House confirmed in a statement.

So far, over 5,300 people have been killed since April and the urgent need to safeguard the rights of all inhabitants in the entire Ukrainian region as well as the Russian-speakers in the country’s east was also emphasized.

Wednesday’s cease-fire talks in Belarus are spearheaded by France and Germany. The U.S is formally not part of the negotiations but Mr. Obama’s meeting with German Chancellor Angela Merkel at the White House on Monday confirmed that both countries are rallying their support around the diplomatic effort for a peace deal.

The Wednesday talks in Minsk are a follow-up on the agreement reached by NATO countries led by France, Germany and the United States, in September last year. Apparently, Russia has not lived up to the September agreement that compelled it to withdraw troops and armaments from separatist-controlled eastern Ukraine territories, free hostages, stop control of Ukrainian territory and allow the international community to monitor the border.

“We’ve been particularly disappointed by the fact that the Russians have failed on just about every measure to live up to the commitments that they made in those talks,” Josh said Tuesday.

Putin has however accused the United States and its partners in the North Atlantic Treaty Organization of sabotage by ganging up against Russia, and warned of deadly weapon furnishes to its western neighbor.

Previous Upcoming Car Techs That Will Be In Use By 2020

Five Reasons Why You Need a Water Purifier this Monsoon 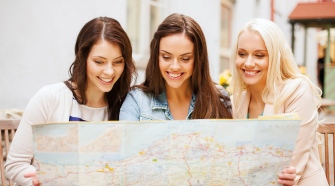