12 Tips For Preventing Trips and Falls In The Home

Information systems which host maintenance management software will usually entail having an outsourced company provides servers and mirrored or duplicative sites which are geographically dispersed. The system must support fixed and mobile users as well as be available for all users with high reliability and almost no down time. There are other aspects which must be supported including software security, patching, system upgrades, and performing maintenance periodically.

The system may be installed in one of two ways: locally, within the company premises or externally at another company location which is hosting the software as a service (SAAS). For the on-premise option, the cost is borne by the company and must include adequate resources and personnel with which to oversee its operations. The other option usually is a more cost effective one which means that, for a cost, the equipment and technical support are available and borne by the hosting company.

Typically, a server is the central expenditure which may be scaled and expanded as required. This equipment may facilitate the backing up of all data or creation of another media for archiving and storage. Some examples of the type of server include blade servers and they can support various operating systems too. Another important aspect to a system includes having high speed network connectivity. This may mean that multiple connections exist with larger server farms or organizations and providers for increased access and minimal latency. There may also be a requirement for storage redundancy or identifying the location of a geographically remote server host location in case of non-availability due to either natural or man-made disruption events. Regardless, having technical support means that improvements and upgrades can reduce the total cost of ownership for customers as well as keeping the overall business expense to a minimum.

There are other factors to consider which may influence a company’s decision to move to a cloud-based solution is the cost of the facility in which to host the server. This would include the cost of heating, ventilation, and air conditioning, electricity, the facility building, monitoring equipment and sensors, and personnel. All of these items require support for preventive and corrective maintenance so that the life of the system, that being a system of systems, is maintained with the highest availability. There would be the additional cost for the Internet service provider and there is also a premium for higher speed accesses. Ideally, the connection should be based on fiber optics with data rates in excess of 155 mega-bits per second or greater and include redundancy in the event of a major network outage.

There are many pros and cons associated with both internally hosting and externally hosting a system for maintenance management software cloud or SAAS. Before deciding upon which system to implement, an organization must look to its own requirements, costs, resources, and personnel to determine the most cost effective solution. Testing such a system is important to ensure that it is configured and customized for an organization as well as having all the components installed.

Next Android Monitoring Software For Your Android User Kids

When “The One” Is With You 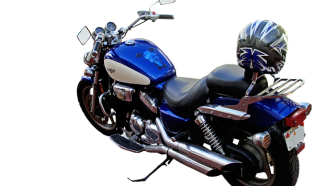