4 Natural Ways To Enhance Your Diet

7 Extraordinary Ways You Didn’t Know Could Improve Your Bathroom

Today, there are over 6.8 billion mobile phone subscribers. This is according to the UN International Telecommunications Union. This is such a significant growth compared to only one billion subscribers in the year 2002. The mobile gaming industry has greatly benefited from this growth, and especially due to the fact that a very large percentage of this subscription base is composed of teenagers.

What these statistics indicate is that the mobile gaming industry can only accelerate in growth. The consumer base looks solid at least for the foreseeable future. It is on this foundation that this field has experienced an increased interest as more and more companies and individuals explore and experiment with new games to capture the different gaming markets.

There has also been a proliferation of social media affiliated games. These games take advantage of the social networks to get a viral growth. People with common interests are more likely to play similar games. This means that connections in the social networks can be useful to grow and make more interactive, mobile gaming.

Besides games for fun, we have also seen a growth in education related games. Companies, organizations and even government departments have been investing heavily in educative games. A very good example is the recent investment of US$415,000 by the US state department in a game called X-Life. This is a mobile game designed to teach its users English and the American history and culture.

Other examples are PBS that has invested heavily in children games like Super Why!, Corporal Cup’s food Camp that teaches users how to prepare highly nutritious snacks as well as how to prepare a balanced diet. They are among the many other major US Companies like Disney, Marvel Entertainment and Viacom, all that have launched their own mobile games in order to engage their target markets more.

This mobile gaming sector, which is a relatively new outgrowth of the entertainment software industry, is increasingly playing a very vital role in the computer software and entertainment industry. It is bound to revolutionize the way mobile devices are used. As smart phones use continues to grow, so will the mobile gaming industry.

Through the mobile gaming review sites and forums, game developers have also learnt how to identify the needs of their respective industry. They are thus making very custom and advanced games for mobile devices that mobile device users are finding hard to drop.

So, whether it is to drive your brand awareness campaign, or it is to target an extra income through selling mobile games or advertising within the games, any business minded person should consider investing in this industry now while it is at its peak.

Next What To Know Before You Rent

3 Elegant Tips To Give Your Room A Sensuous Touch

The Importance Of Health Insurance When Traveling Abroad 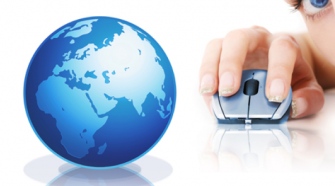