What Are The Most Common Types Of Rugs?

5 Things You Should Know About Estate Trustees

What Makes Portland So Darn Cool?

The Audi A3 is perhaps one of the best things that Audi has produced in the entry level luxury cars. Originally introduced in 2012, Audio A3 was launched in India in 2014. It soon became one of the top selling models and even helped the company to increase its market share in the country. In a market where luxury cars form hardly forms 20-25 per cent, Audi managed to sell out 1000 A3 units in just three months. And now Audi is planning to give the A3 a face-lift, although there has been no official announcement regarding the same. The 2016 A3 might be revealed to us at the 2016 Auto Expo.Autoportal peeks into further details of the new A3 model.

Major Changes in the New Model

The Germans are known for adopting minimal changes while making a face-lift and the new A3 model is also expected to be on the same lines. However we expect that the grille and bumper will be redesigned and the headlights and taillights could get new LED layouts. Coming to interiors it is widely speculated that the A3 will have the provision to accommodate the TT’s virtual cockpit. A new MMI infotainment system with power-retractable display, which rises automatically from its slot to the top of the dashboard, is also on the cards. The current model is criticised for limited space in the rear seat section. This problem might be fixed in the upcoming model and the car may be even more spacious.

The current A3 model rides on a 1.8-litre TFSI motor and a 2.0-litre TDI motor producing 177 bhp and 141 bhp respectively. The next A3 could pack a 1.0-litre 3cylinder from the A1 and VW Golf, apart from the current engine lineup. It may also get the Active Cylinder technology that deactivates the cylinders when not in use.

Next VPS Hosting Services In Singapore Await Your Attention

5 Tips For Reusing Your Christmas Tree 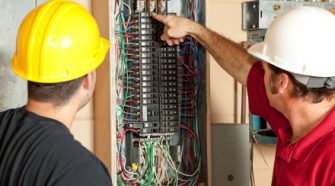