Remedies To Get Rid Of Extra Fat In The Body

One of the most significant problems facing the United States today is drug abuse, and anyone can fall victim to the hellacious prison that is drug addiction. Marshall Mathers, more commonly known as the Grammy-winning rap artist Eminem, is no different. In recent years, Eminem has been upfront and honest about his struggles with addiction to the prescription pills Vicodin, Valium, and Xanax.

At the peak of his addiction, he was taking up to 40-60 pills per day. Eminem cites his denial [that his drug use was problematic] as the reason for struggling for so long to get clean. It was this belief and ensuing behavior that lead to his inevitable overdose in 2007. His brush with death resulted in his needing to relearn some basic motor and speech functions. However, he relapsed yet again, and it wasn’t until he realized the immense and negative impact that his habits had on his children that he was able to make the decision to get sober and stay that way.

In 2010, he spoke with Vibe magazine about how his addiction had a severe impact on everything from his personal life to his career. “When I was making Encore, my addiction took on a life of its own. I remember going to L.A., recording with Dre and being in the studio high, taking too many pills, getting in this slap-happy mood and making songs like “Big Weenie” and “Rain Man” and “Ass Like That.”

In 2012, Eminem made an appearance in Matthew Cooke’s documentary film How to Make Money Selling Drugs. During the interview, Eminem speaks freely about his struggles with addiction, admitting that it was on the set of his critically-acclaimed movie 8 Mile that a friend first introduced him to Valium. “I don’t know at what point exactly it started to be a problem; I just remember liking it more and more.” Admittedly, the quality of his work did show a significant drop during the years that his addiction was at its worst. However, with the release of his 2009 album, Relapse, his work had him back in the rap spotlight where he belonged.

Eminem finally got himself right in 2010. After rehab and AA meetings, he put out a strong, sober album in Recovery, which won a Grammy for Best Rap Album. In the July 2015 issue of Men’s Journal, Eminem spoke with magazine contributor, Mark Healy, to discuss his recovery and how he turned to exercise to make sobriety possible. “When I got out of rehab, I needed to lose weight, but I also needed to figure out a way to function sober. Unless I was blitzed out of my mind, I had trouble sleeping. So I started running. It gave me a natural endorphin high, but it also helped me sleep, so it was perfect.” For other celebrities and athletes alike, we’ve seen them turn to other lesser-evil outlets like drinking and online gambling, so at least Marshall has chosen a healthier option than most. Healthy living has gotten him back to a place in his life and his career with which he can finally be happy.

Next Excellent Guide For Picking The Best Personal Trainer

Unwind With The City’s Funniest Comedian

Tween Fashion Trends That Parents Will Approve Of 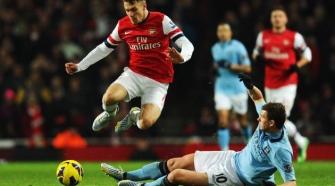