Why You Should Make the Switch to All-Natural Cleaning Products

Finding the Best Way to Do Things

Sex Tips For Men: 3 Things Women Want You to Know

Currently, whenever an individual gets declared bankrupt, whether through a petition submitted by a creditor or on their own petition, it is a requirement that the Court determine whether a Bankruptcy Order is needed. In 2015, for example, the total number of petitions presented was 15,797 petitions, quite a huge number. The goal and intention of the new bankruptcy procedure is to cut down the Court’s workload and cost.

A bankruptcy order may be implemented for any of the following three reasons:

What are the New Changes?

The new procedure for applying for bankruptcy is the outcome of an extended process of consultation which began way back in 2007. The new changes will apply to all residents in England and Wales from April 2016 while in Northern Ireland they come into effect from November 2016. This means that all debtors petitions in the United Kingdom now becomes subject to a similar procedure as the one followed in Scotland since 2008.

Everything now is Online

From April 2016, the application process to go bankrupt switches to an online process. You’ll now not be required to attend proceedings at your County Court hearing centre or be required to fill lengthy forms in triplicate. You’ll now have the ability of generating your case online using a username and own password. In addition, you can log in and log out whenever you want to initiate the bankruptcy application process.

Individuals however can still make applications for bankruptcy orders to be made against them, although instead of presenting a debtor’s bankruptcy petition debtor’s this will now be done through a portal available online. The bankruptcy application will not normally be handled by the court, rather it will get reviewed and decided by an adjudicator.

With the new procedure, all applications will no longer be handled and determined in your County Court. Once submitted, the online application gets received and evaluated by an adjudicator. You no longer have to attend a court session and you’ll get alerted of the adjudicator’s decision.

Anyone making an application to be declared bankrupt will only need to complete an online bankruptcy application and have it submitted electronically to the court adjudicator. Your application date becomes the date when you actually submitted the online application.

When applying, you’ll still be required to pay to the Official Receiver a deposit. The court fee, previously paid to the County Court, now gets paid to the adjudicator. The court will still deal with creditor’s petition. In view of the fact that statistics with the Insolvency Service show that out of the 15, 797 petitions presented last year, 11,423 of them were debtor petitions, it is hoped that a substantial amount of money and Court time will be saved. A debtor who wishes to make a bankruptcy application will in addition need to pay a deposit to the Official Receiver of £525.

Until the new procedure is fully introduced, the required court fee can still get waived in case you’re receiving special types of benefits. However, this isn’t going to be possible after April 2016 because the adjudicator’s fee cannot get waived. After April, the good news is that you will be allowed to pay the required fees through installments depending on your ability. When then fees are paid in full, you’ll then be able to have your online application submitted.

Certain bankruptcy petitions are not going to be affected by the new 2016 procedure changes. These include those presented by personal agents of insolvent estates, or those presented by partners on behalf of a partnership that is insolvent. A refusal to declare a bankruptcy order may be reviewed although the review request must be submitted inside 14 days of the debtor getting informed regarding the refusal.

In order for the adjudicator to determine the application for bankruptcy, they can request the debtor to supply additional further information, and also carry out verification checks towards reducing fraud.

The process of going bankrupt in the United Kingdom is being taken over by the Insolvency Service from the courts. From the Spring of 2016, you will not be required to attend court for that procedure and you can get it done through filling online forms. No doubt anything that simplifies the procedure and makes it less stressful is welcome. However, if you are thinking of seeking a bankruptcy declaration now, it’s not good to delay until when the new procedures are effectively in place.

Next Understanding Medication Treatment Of Depression

Ways To Upgrade Your Place Without Troubling Your Landlord 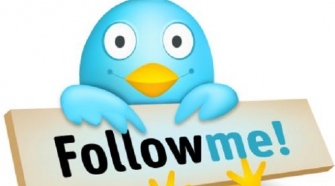