TOP 6 SUPERFOODS FOR YOUR DIET

Tricyclic antidepressants are one of the oldest classes of medications used for outpatient and inpatient depression treatment. Unfortunately, tricyclics may cause severe side effects, such as dizziness, excessive drowsiness, dry mouth and weight gain. Furthermore, tricyclics can cause a fatal overdose (National Institute of Mental Health). Because those with major depression may have suicidal thoughts or actions, safety while taking tricyclics is a major concern of mental health professionals.

When depression does not respond to any other type of depression treatment, atypical antidepressants may be used. These medications have sedative properties and should always be taken with food. Some of the most common atypical antidepressants include vortioxetine and vilazodone. Additionally, vilazodone may be used, as it does not cause sexual side effects, such as impotence.

Furthermore, MAOIs may interact with many common over-the-counter medications, such as birth control, decongestants, antihistamines and herbal supplements. MAOIS must not be taken in conjunction with SSRIs. Taking SSRIs with MAOIs can result in serotonin syndrome, which causes hallucinations, seizures, muscle stiffness, excessive perspiration and even cardiac events.

A Key Consideration for Antidepressant Medications

Previous New Bankruptcy Procedures - What You Need To Know 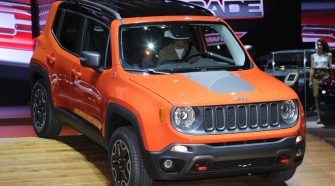