Jaguar XE is one of the most happening and compact executive saloon class cars available in the market, if you are interested in an alternative to the German norm, this is the car that is the perfect choice. No matter whether it is the German-made luxury saloon car versions from BMW (Sporty BMW 3 Series), Teutonic Audi A4, or Mercedes C-Class, the one from Jaguar we are discussing here is quite ahead from them. When it is the question of taking the fight head-on with the German trio, the British made Jaguar XE not only takes on firmly but also places itself significantly ahead of others. The best aspects of this British car are excellent comfort, fine handling, and low emission aspects. As many Jaguar lovers simply can’t buy the new Jaguar XE version because of price, they settle for the used Jaguar XE ones. When it is second hand it needs additional checking to find out whether there are any potential pitfalls or not.

A Brief History of Jaguar XE

New jaguar XE was introduced in the market at the end of 2014 and it showed up in the showrooms in 2015. It was built on the parts sourced from Ford. In this way a fighting chance was given to the three German rivals.

For making the car lighter in weight, aluminium was used in chassis as well as suspension. The battery was placed in the boot and a typical steering set up was provided which resembled that of F-Type sports car. All these aspects gave the drivers of Jaguar XE a sharp handling experience. While unveiling XE, Jaguar made it sure that engine and transmission problems found in X-Type were done away with. To put against the mighty xDrive transmission of BMW and Quattro of Audi, Jaguar XE brought in the 4-wheel drive towards the end of 2015. In fact, the used Jaguar XE is also of high quality but should be checked properly before buying.

What’s the Best Model for you?

The 4-door saloon is the best possible alternative that is available to compete against the mighty BMW 3 Series. That’s why the 161bhp and 178bhp Jaguar XE are provided with 2.0-litre Ingenium diesel engine, which is essentially efficient in nature. It comes with 99g/km CO2 emissions in lower-spec trim. The two main specifications that make the XE model that more noteworthy are the six-speed manual gearbox and smaller wheel aspects.

Top of all the models in the XE range is the Jaguar XE S model, which comes with 3.0-litre supercharged V6 having healthy 335bhp. Best part is supposedly the available 335bhp and the ability to sprint from standstill to 62mph in just 5.1 seconds. In fact, 194g/km CO2 emissions can be achieved as this version comes with stop-start option. However, it is a bit pricier and that’s why there has been a rise in demand for used Jaguar XE cars recently.

Previous SHOPLIFTERS BEWARE!!! EYES ON YOU 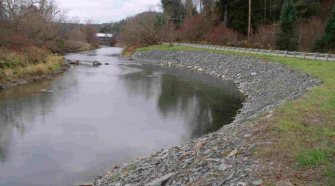