3 Reasons You Should Stop Hand-Washing Dishes

Top scientists with years of experience in developing curative medicines have been hired by tobacco companies to make safer electronic cigarettes.

Philip Morris International (PMI) has recruited upwards of 400 scientists and technical staff to work at its research centre in Neuchâtel, Switzerland. The list includes biologists, chemists, toxicologists, biostatisticians as well as experts in regulatory matters.

Another tobacco firm, Altria Group, the manufacturers of Marlboro, has also hired scores of researchers and health-care experts. Independent electronic cigarette companies such as NJOY are also doing the same.

The scientists bring valuable expertise in the development of inhalation devices as well as in navigating the FDA rules, valuable knowledge in the novel world of e-cigarettes.

The firms claim that their goal is to improve public health.

“Apart from looking at drugs which can extend the lives of critically ill patients by 12-14 weeks, we are hoping to come up with products which can prevent cancer in the first place,” said Gizelle Baker, a Philip Morris biostatistician who used to work for Poniard Pharmaceuticals which makes cancer medicines.

The scientists will try to improve the current electronic cigarettes, and where possible, produce evidence which shows that they are safer than conventional cigarettes, while the sites like TBEC will test the products for other characteristics.

Firms which succeed in this mission may have a distinct advantage in a market which analysts predict will surpass that of combustible cigarettes in about 10 years. Products deemed to be less risky by the FDA may be put under lighter regulations.

“If tobacco firms can prove beyond doubt that there is reduced risk, e-cigarettes will continue to be less regulated and less taxed compared to authentic cigarettes,” says Philip Gorham, an analyst from Morningstar. “If they fail to do so, they will suffer the same fate.”

PMI is seen to be the leader in this regard having invested more than $2bn into developing reduced risk products which have some amount of tobacco but do no combust. This is on top of focussing on the next generation electronic cigarettes.

The problem is that proving a product is less risky requires deep, sophisticated science given that the FDA sets a very high threshold.

Tobacco companies have not traditionally had this expertise in-house. The scientists are some of the most decorated in the pharmaceutical industry, and that’s where tobacco companies are turning for talent.

Next Outdoor Branding: 3 Different Types Of Outdoor Banners and Their Benefits

4 Apps That Will Help You Complete Your Assignments On Time

Finding Money To Fund Your Business

The Secret Of Custom Writing Services and The Grand Writing Bonanza

What Are The Brokerages For Intraday Trading? 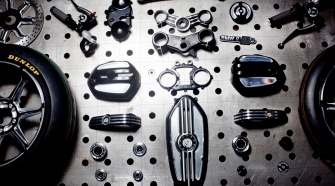