Functionality and Design in Innovation Projects for the Pharmacy

Delicious Accompaniments Of Every Meal During Christmas

Why Is Protecting Business Data So Important?

We’re changing the way we think about cars in America. More people are at least willing to consider buying an electric car, for starters, as 20 percent of Americans say they’re “likely” to go electric for their next vehicle purchase.

We’re more aware of environmental concerns that come with driving a car every day, and that may also explain why car ownership is declining in some states, including New York and California. But more than 90 percent of homes still had a car as of 2015 — in many places, you can’t get around without one.

But if you don’t want a traditional car from a traditional dealership, fear not: you’ve got options. Read on to find out about a couple of those options.

Buying at an auction

The internet has made us less likely to go to the store and pick up our groceries. Instead, we can order them and have them delivered to our door. But while we can buy things like food and big-screen TVs from the World Wide Web, it’s not always so easy to buy a car online. Your typical dealership is still very invested in bringing you into the store to speak with a member of the sales team in-person.

But if that’s not your bag, there’s another avenue worth exploring: online auto auctions. This type of auto auction lets you log onto your computer and buy a car the same way that dealers do. And yes, that includes paying prices comparable to what dealers would pay.

You also don’t have to buy a car before you know exactly what you’re getting into. No one is going to approach you and say, “You better snap this up before someone else takes it.” That “someone else” may or may not exist, after all. But with online auctions, you can scope out your competition in real-time.

Location also doesn’t matter as much with online auctions. If you’re in Austin and see a car you want in San Antonio, you can drive down Interstate 35 and pick it up. Heck, you could even do that if you found a car you liked halfway across the country. If you think it’s the right car for you and nothing else will do, you might as well go for it.

Fueling up with cooking oil

You use cooking oil in your kitchen to make things like fries and onion rings. But you can also use it to turn your car into a more energy-efficient ride that does less damage to the planet. To do that, you’ll first need a car that runs on diesel. If you have that, you can easily convert it to run on biodiesel.

Biodiesel is more popular on the west coast, but it can be made in any part of the country. It works well for both biodiesel fuel collectors and the restaurants they’re collecting from.

The American restaurant industry has a big food waste problem — by one count, 84.3 percent of unused food gets thrown away. A little over 14 percent gets recycled, and barely one percent of the surplus food gets donated. A problem that big requires multiple solutions.

Before you jump on the biodiesel bandwagon, you’ll need to make sure it’s available in your area. Your chances are better if you live in a major metro area on the West Coast. Once you’ve taken care of that, you might wonder at where, exactly, to find a cheap diesel car that you can convert. Give the aforementioned auto auctions a chance. They have literally every type of car imaginable for sale.

Previous Online Plagiarism Checker: How to Use it? 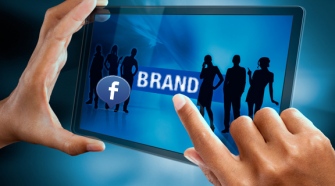