How To Combat Obesity In America

EaseUS Data Recovery Gets Your Data Back

Is Your Job Impacting Your Health?

How To Change Your Car Oil Cheap

The motor vehicle was one of the greatest inventions of the 20th century. When pioneers, such as Karl Benz and Henry Ford, introduced the motor vehicle, they knew that a revolutionary step had been taken. However, they also knew that there were serious risks involved with driving. That is why in the beginning of the automobile age, drivers were required to undergo extensive training before they were seated behind the steering wheel of a vehicle. Today, car crashes are very common all over the globe. As traffic has increased dramatically and younger drivers have taken to the roads, rash and aggressive driving has become a very real danger.

Many people think that if they just drive safely and keep their eyes on the road, they will be able to avoid accidents. Unfortunately, this is not at all true. It doesn’t matter how safe or cautious you are while driving. If the other driver is not taking the same precautions, an accident is very likely. There have been many cases in the past where one man took the lives of many motorists simply because he was not driving properly.

If you have sustained a serious injury due to an accident, you have the right to file for a claim. Car crash claims are generally handled by private solicitors who offer a range of different services. Car crash victims have several different options for recourse available to them. The most obvious thing that you can do is to file a claim against the driver. If the accident was caused due to the actions of another driver, why should you have to pay the costs of repairing your car and also pay any costs for necessary medical treatment? These costs are a hard blow, and they are only compounded by the fact that you will have to rest for the next few days, or even weeks or months, depending upon the type and severity of injury you sustained.

Naturally, the law gives you the option to file a case in order to get compensation from the other driver. The first thing that you will have to do is talk to a professional solicitor who has experience in handling such claims. Your lawyer will guide you about whether you have a strong case or not, and will then assist you in filing the relevant documents in a court of law.

How Long Does the Claim Take?

Claims related to car crashes can take several weeks, or even 2-3 months, to be processed. Due to backlog and the sheer number of different cases that are pending, it can take quite a while for you to get your claim processed. Your solicitor will give you a better idea about how long the case might take to get processed. The solicitor will also give you an idea about the amount of money that you might receive as compensation for the case. However, not all cases necessarily end up in court; a settlement might be reached between two parties outside of a court of law, as well.

Previous How to Become Successful Game Masters in Pen and Dice RPGs?

Reducing Your Carbon Footprint – 6 Tips To Help You Get Started 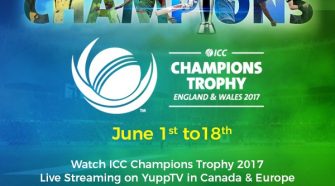