Some Guidelines On How To Select The Right Evening Wear

Cheat Sheet: How To Steal Your Competitor’s Backlinks?

Guide On How To Use The iCloud Unlock Software Tool

For years, Volvo has been a world leader when it comes to the car industry technology. As a matter of fact, their reputation for such can be traced back to the invention of the three-point seatbelt. This is why it is only natural for car buyers to trust the Volvo name for their car investment.

But with the continuous increase in the demand of improved safety features, it is easy for other car manufacturers to be able to keep up. At the same time, safety features have turned from a luxurious add-on into a standard. With the new 2015 Volvo XC90, however, the car company has regained its title as the safest vehicle — especially with its superior strength steel chassis and additional electronic safety features.

If ever you’ve been in the market for a safe vehicle to drive around in, the new 2015 Volvo XC90 may have been something you have grown curious about. After all, the mere fact that it was manufactured by a name as trustworthy as Volvo makes it something to talk about. And in an industry where your rival names include BMW, Lexus, and Mercedes-Benz, it’s easy for potential car buyers to naturally assume that the car has a high cost. Without even realizing the features available on the 2015 XC90, it’s about time that you pay attention to this new Volvo model.

Comparing the XC90 with just about any other vehicle is a no-brainer. The model is the cleanest and most powerful hybrid SUV, equipped with a 500 horsepower plug-in hybrid engine on top of its top-tier T8 trim. Apart from a powerful engine, the Volvo XC90 will also be equipped with a number of standard and optional safety features, which is a characteristic that Volvo vehicles continue to embody with every vehicle they produce.

As part of Volvo’s “world’s first” safety technology, the XC90 will be equipped with a system that helps protect against accidental road departures. After discovering that nearly half of U.S. fatal accidents are due to road departure accidents, Volvo has taken this into consideration and has found a way to fix this problem.

By creating measures to protect each passenger from severe injuries, Volvo is able to instill an added safety option once the vehicle leaves the road. Complete with active shock absorbers on the seat mounts and pre-tensing seatbelts, the new XC90 SUV is considered safe in the event that your car will unexpectedly leave the road.

Another advantage that the Volvo XC90 comes with is that it is the first to have an auto-braking feature. Especially at an intersection facing oncoming traffic, this added feature makes for a good safety precaution for any driver. Once the car senses an unseen vehicle approaching it, the car’s mechanism automatically deploys the brakes so that a head-on collision is prevented. This is a perfect help for those who have trouble seeing incoming traffic through their car’s blind side.

In the event that an accident should arise, despite these new features added on the XC90, the SUV will not produce much damage. Considering its frame is built from hot-formed boron steel (the strongest in the industry), you can be confident that your SUV will not be put in danger.

Another feature to look out for on the XC90 is the rest stop guidance system, which helps prevent drowsy driving. Using fully integrated GPS navigation, the system will be able to suggest both rest stops and coffee shop locations. In the event that you feel sleepy during a long drive, you can have the system help you locate a venue where you can rest momentarily or get a quick pick-me-up instead of forcing yourself to continue driving.

As always, a Volvo wouldn’t be complete without its familiar appeal. Over the years, people have associated these models with luxury and class. Complete with a sleek interior, strong new design, and a powerful selection of drivetrain options, the XC90 is one model to be confident about. It will be Volvo’s contender in a very tough mid-size luxury SUV market this year, however Volvo is confident that the XC90 will be a winner in its field.

Anyone who’s interested in a mid-size luxury SUV should consider getting the new Volvo XC90. Equipped with these new features, it is only a matter of time before it proves itself as the strongest competitor against other SUV models in the market.

Written by the staff of Custom Complete Automotive. Custom Complete is your go to solution for the best car repair, inspections and an oil change Columbia MO has to offer.

Previous How To Effectively Design A Website To Improve User Experience

Next Most Common Diesel Fuel Problems

What Types Of Glaucoma Exist? 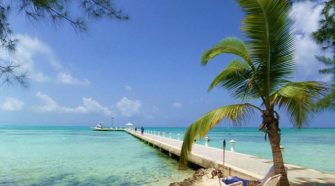