Delhi -The Hub Of Entertainment

Class Productions Of Motorcycles In The United Arab Emirates

Proven Health Benefits Of Reading Books You Need To Know!

Video game is an inescapable fact in our lives. Because nearly everyone uses smartphones and tablets, it is quite likely that they have at least one or two games in their mobile devices. Due to significant proliferation of video games, we could see games used in different kinds of ways. In fact, we could see that games are used as a form of sports and competition. Wii has popularized a way to combine the fun of gaming and physical exercise. In fact, sports-themed games are regularly shown, starting from the incredibly simple “Pong” that appeared for Atari 2600. After that, we could see numerous topics related to games are shown. As a form of competition, video games are a perfect platform. As an example, in South Korea; the real time strategy game, Starcraft has gained a cult status. The legendary game continue to be played by many people. The culture of gaming has penetrated many parts of our lives and this will never end, because people love to be entertained. DOTA or the Defense of the Ancients is a highly popular game, based on the Warcraft 3. One group will play against another group of players competitively. There are world-class DOTA competitions that could earn players a huge amount of money if they are able to win in the grand finals. In fact, ESPN has covered the gaming competition, making it as one of the forms of sports. Many people may argue whether game competition can be seen as a form of sports, but this could be seen as chess on steroids. Players need to determine the best tactics quickly and maintain the concentration, while being able to react very quickly, because the digital battle takes place in real time situations.

While South Koreans and other Far East countries seem to have preferences towards real time strategies, gamers in the United States tend to enjoy fast-paced shooting games, such as the legendary Counter Strike and Call of Duty. However, while real time strategy is closer to the game of chess with more emphasis in strategy, there’s much less strategy used in first person shooters. It is true that it takes proper team-based tactics to defeat the opposing team, but tactics used in shooting games are usually repetitive. Shooting games may look more football, with more about actions, as players seek to blitz their ways to their goals and kill all enemies. Even so, the shooting game community is also vibrant with wide variety of competition. There should be a good way to approach the situation in the game. Some people may argue that there’s minimal depth in a shooting game, but it should offer a greater degree of competition for people who prefer actions. In the future, more virtual reality technology will be used for all kinds of games, including first person shooting. This will bring significant changes in the shooting games competition. It’s technologically possible for two groups of players to run around in a hall using VR gears. They could hide behind virtual covers and do things like in real life battlefields.

Next Summer Time Camps and Fun For Kids In Bangalore

Typical Service Offerings To Expect From A Car Valet Service 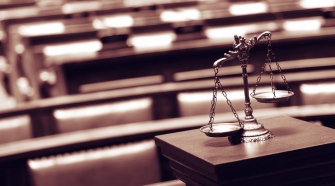