It is a bloodbath on D-street. The markets took a big knock following a crash in global markets on fears of the world’s largest economy—US seeing another recession despite the recent increase in debt limit.

Mirroring the overnight crash at the Wall Street, Sensex opened weak by as much as 483 points to its lowest level in 13 months, amid concerns over the US economy moving towards recession.

Heavy weights like Infosys, RIL, ICICI bank are trading weak. Market breadth was negative on the NSE with 2497 losers against 722 gainers. Meanwhile, the Asian markets were plunged on renewed concerns of global economy coming to a stall. Nikkei 225 down 3.59 per cent, Hang Seng fell 4.75 per cent and Taiwan Weighted plunged 4.92 per cent.

Asian stock markets plummeted today following carnage in the US and European markets amid fears the world was heading towards another financial crisis.

Overnight saw a scary drop in the Wall Street, which had its worst sell-off since early 2009 when the financial crisis was still taking a big toll, while crude oil declined as much as 6 percent. The S&P 500 has now declined 10.7 percent in the past 10 trading days.

Investor sentiment has also been hammered by a lack of clear political leadership in both Europe and in Washington, and concern that governments and central banks are running out of fiscal and monetary ammunition to deal with the crises.

As a result there has been a rush to the relative safety of cash, leading to the possibility of an increasing paralysis in spending decisions throughout the economy.

How To Prepare For Winter When Driving Your Motorcycle

Characteristics Of A Good Landlord 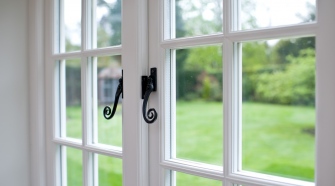